The Pop-up show was exhibited in an unconventional space where contemporary works of art can be seen from a new, unexpected angle. The sculptures, sculptural objects, and light installations presented here interact with the unique environment, thus creating a mysterious atmosphere, as if frozen in time, and reflecting the recent period.

The sculptor Rafal Piesliak presented three light installations, in which the artist analyzes the relationship between light, object, and man. According to the artist, light is directly related to a person’s emotional state, so with the help of light, the artist tries to manipulate the atmosphere and a person’s inner feelings. Certain references to the forms and titles of works also make it possible to identify the social problems that are relevant today. Rafal Piesliak (1983) graduated from the Vilnius Academy of Arts with a degree in sculpture. He actively participates in personal and group exhibitions in Lithuania and abroad. In 2020 for the installation “Garden” he received the best ArtVilnius’20 sculpture/installation award.

In his works, Nerijus Erminas transforms easily recognizable elements of human life and everyday situations turning them in an unusual direction distant from reality. In the exhibition, he presents the object “Sprout IV”, which reflects the dichotomous relationship between man and nature – the constant use of natural elements for their own needs, but at the same time the eternal desire to return to the natural environment. Nerijus Erminas (1976) is a sculptor who graduated from the Vilnius Academy of Arts. He actively participates in exhibitions in Lithuania and abroad, and at the art fair ArtVilnius’12 he was awarded the prize for the best sculpture “Squirrel and Wall”. His works are a part of the MO Museum, Lewben Art Foundation, and private collections.

Tauras Kensminas presented two works in the Pop-up show. They reflect different multi-layered narratives related to topics important to the artist: the consequences of industrialization and the imperialist ambitions of humanity. The cosmic forms of objects are not only reminiscent of historical events, but at the same time immerse in a strange, surreal atmosphere. Tauras Kensminas (1991) is a young generation artist who graduated from the Vilnius Academy of Arts with a master’s degree in sculpture. He actively participates in personal and group exhibitions in Lithuania and abroad. In 2013 he was awarded the Elena Urbaitytė Scholarship of the National Foundation (USA).

The exhibited installation “Landscape” by the sculptor Rimantas Milkintas showed the material already considered to be the cornerstone of the artist – an architectural beam. Cut and deformed the beam is displayed as text or connected to wood – as the basis of the work. The whole installation reflects the rather cold as if fake, landscape that we are increasingly encountering in urban spaces. Rimantas Milkintas (1977) graduated from the Vilnius Academy of Arts with a master’s degree in sculpture. Since 2003 he presents his works in exhibitions in Lithuania and abroad. His works can also be seen in public spaces in Lithuania, Germany, Latvia, and Belgium.

One of the most important principles of the work of Andrius Erminas is speaking in references, constructing an imaginary narrative, and transforming everyday, used, easily recognizable objects and materials into a new, symbolic sculptural body. With the help of unexpected connections, the artist not only changes the meanings of objects but also their inner properties, turning them into signs filled with philosophical ideas. In the series presented in the exhibition, it is possible to easily recognize the motifs of plants, but these are spiritless, frozen in space and time, and can be compared to the feelings of today’s situation. Andrius Erminas (1971) graduated from the Vilnius Academy of Arts with a bachelor’s degree in fresco-mosaic and a master’s degree in sculpture. The artist’s works have been acquired by private collectors and MO Museum in Vilnius.

In his works, Jonas Aničas usually uses images from objects found in the environment, nature, or abandoned places. These findings are transformed and conveyed in different ways to create just hints or references to the contexts of specific spaces or times. The works from the series “Observers” presented in the Pop-up show act as strange, mythical creatures that have acquired anthropomorphic bodies and come from a past time or mystical space. Jonas Aničas (1987) is a young sculptor who graduated from the Vilnius Academy of Arts and regularly presents his work in Lithuania and abroad. At the art fair ArtVilnius’13, he was awarded the prize for the best young artist.

The Pop-up show in the window was open at Pylimo str. 34, Vilnius until April 7. 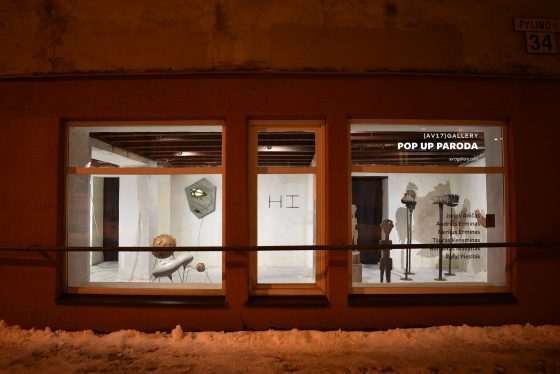 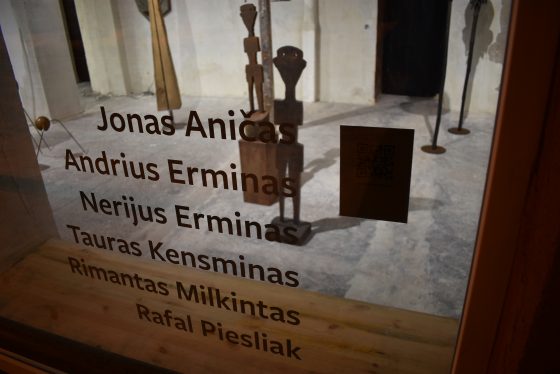 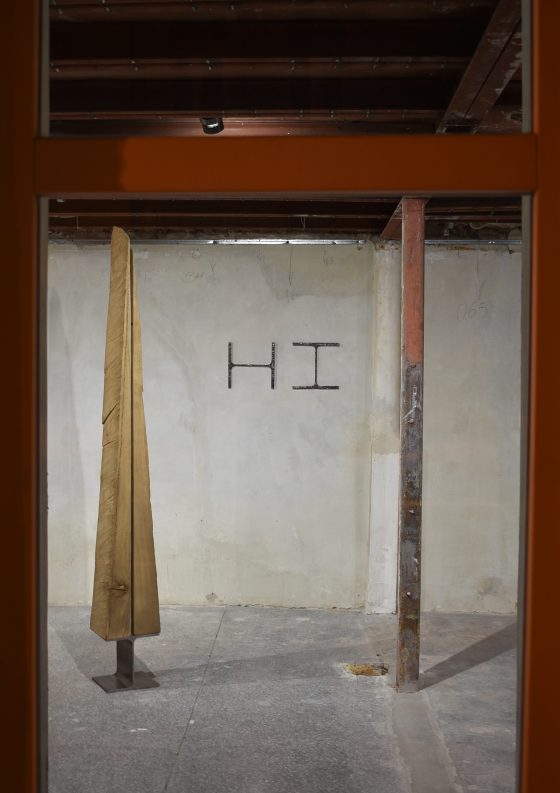 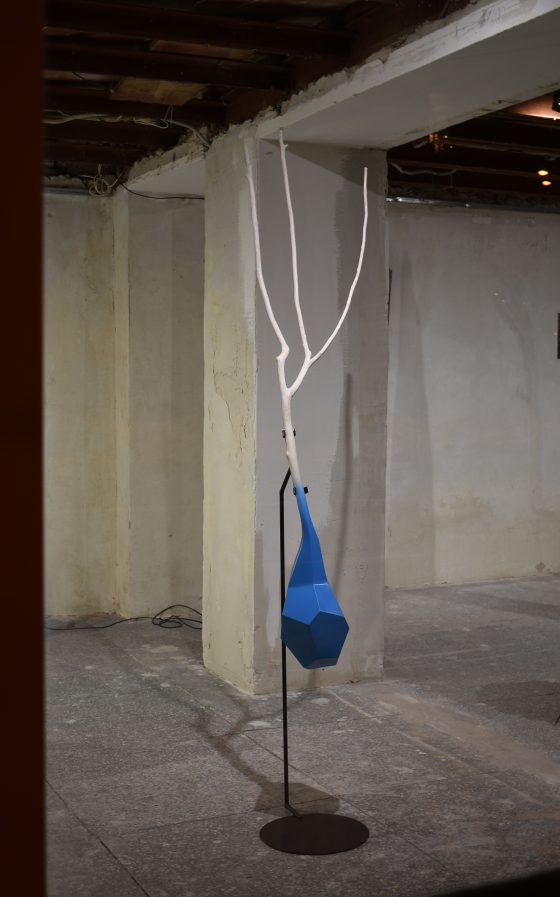 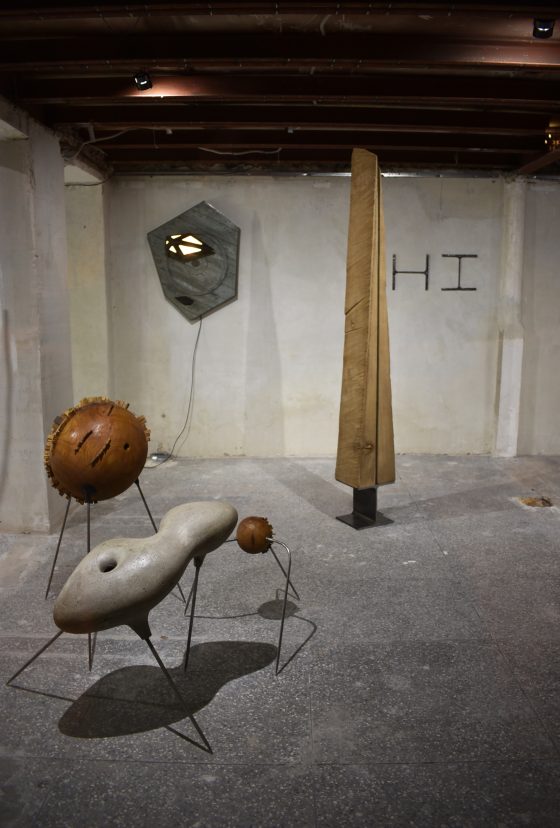 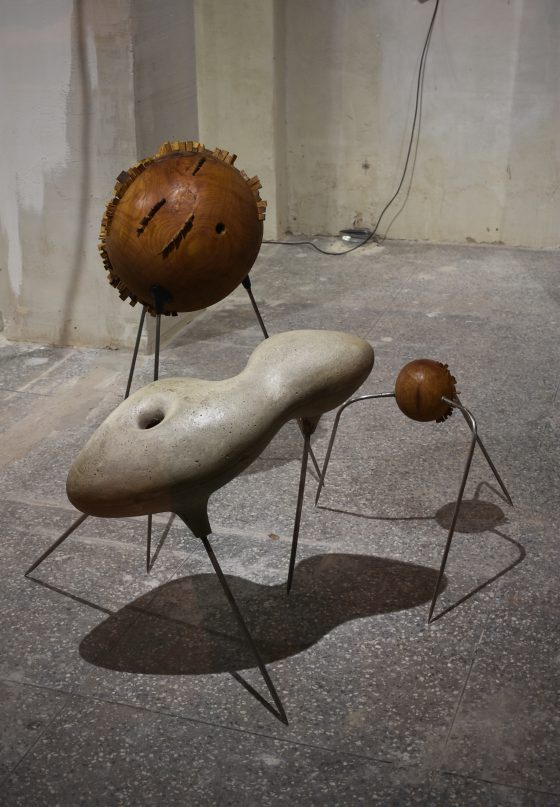 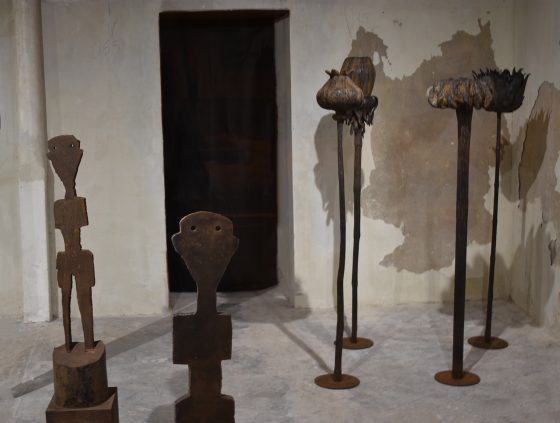 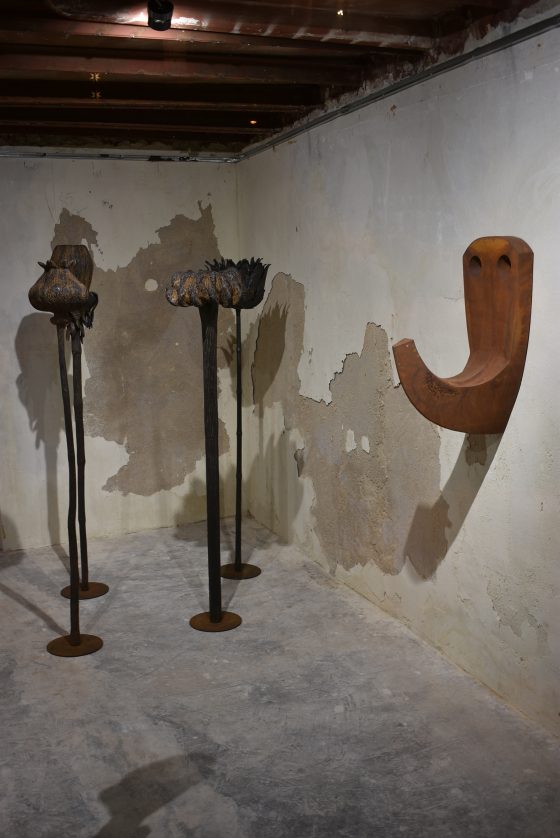 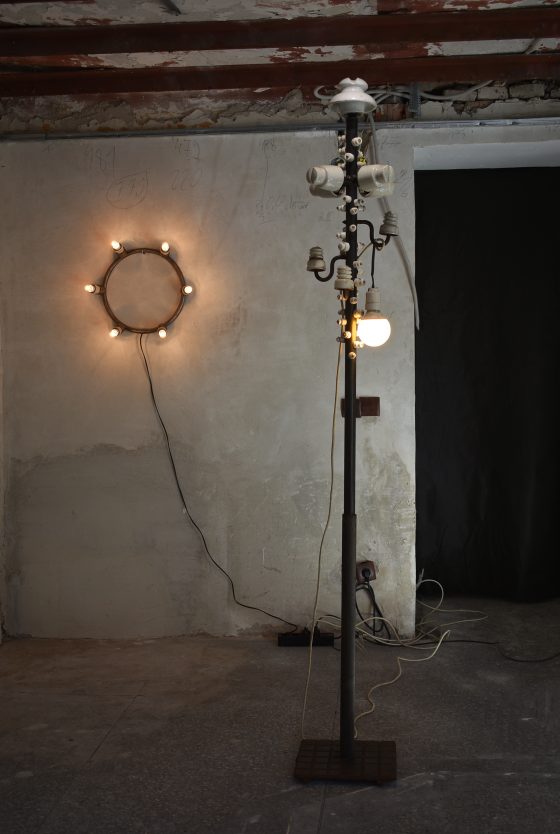 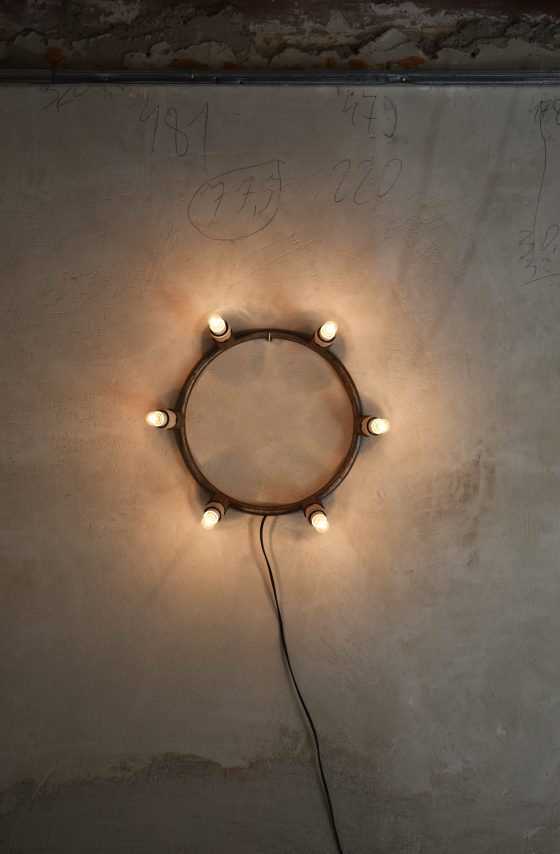 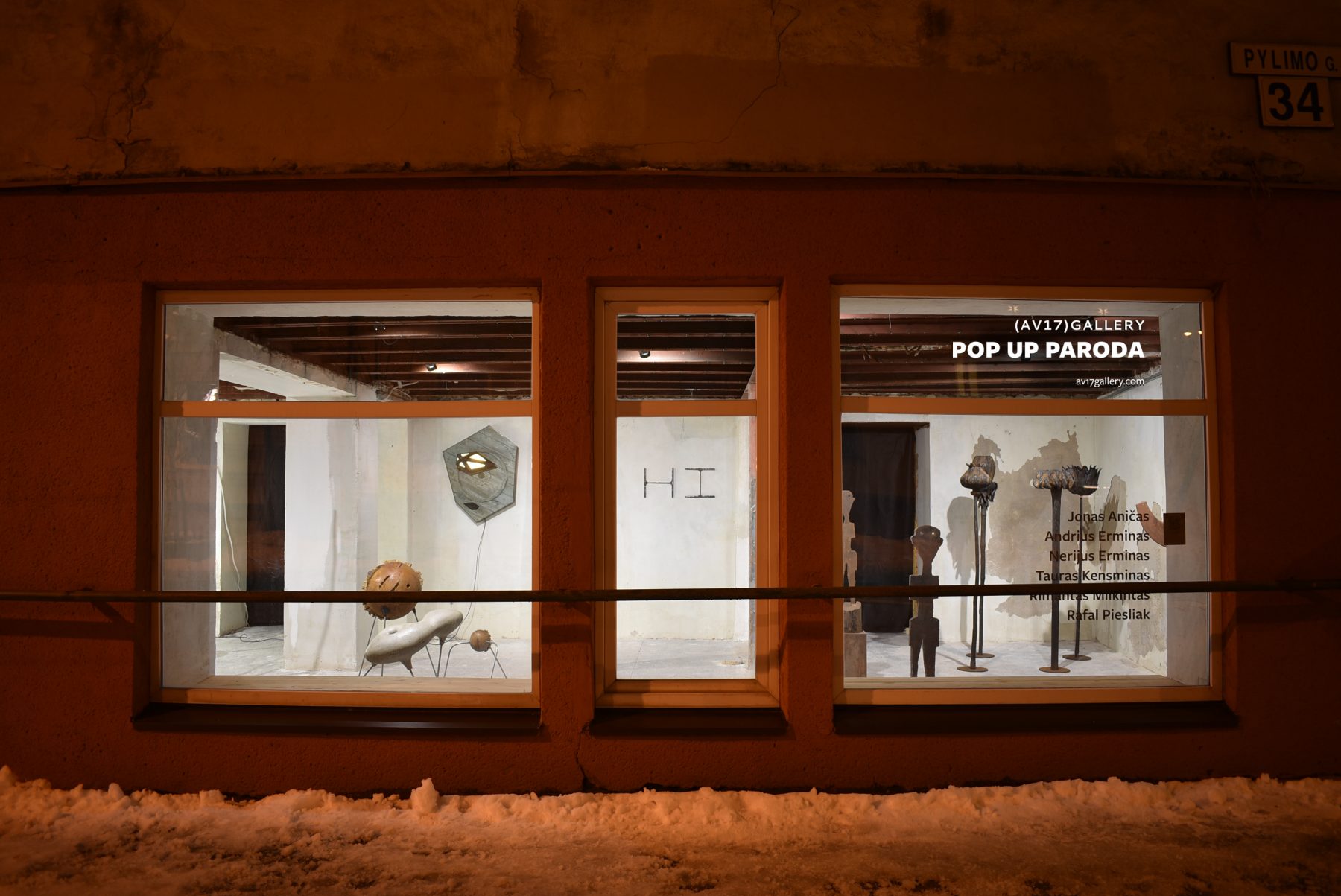 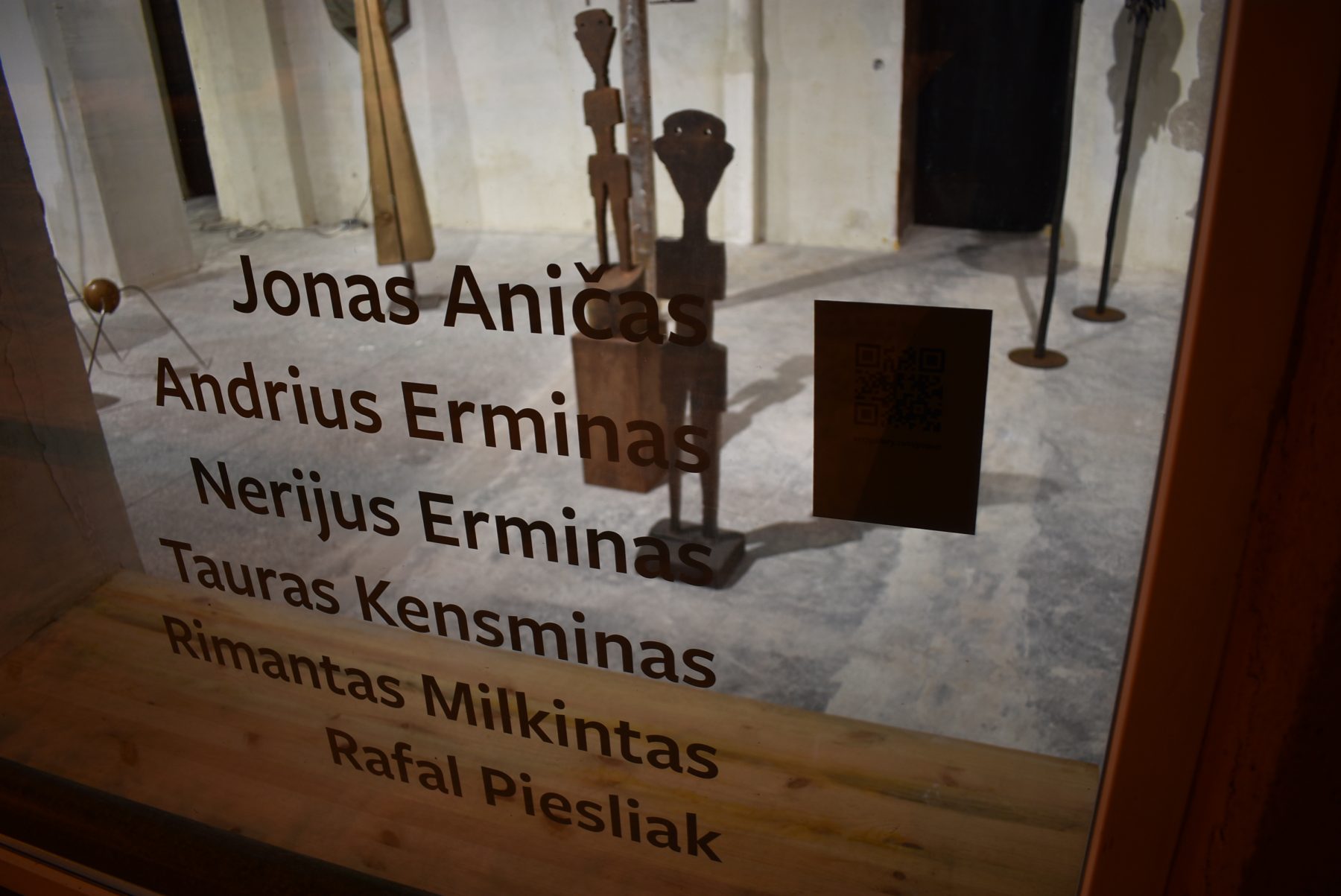 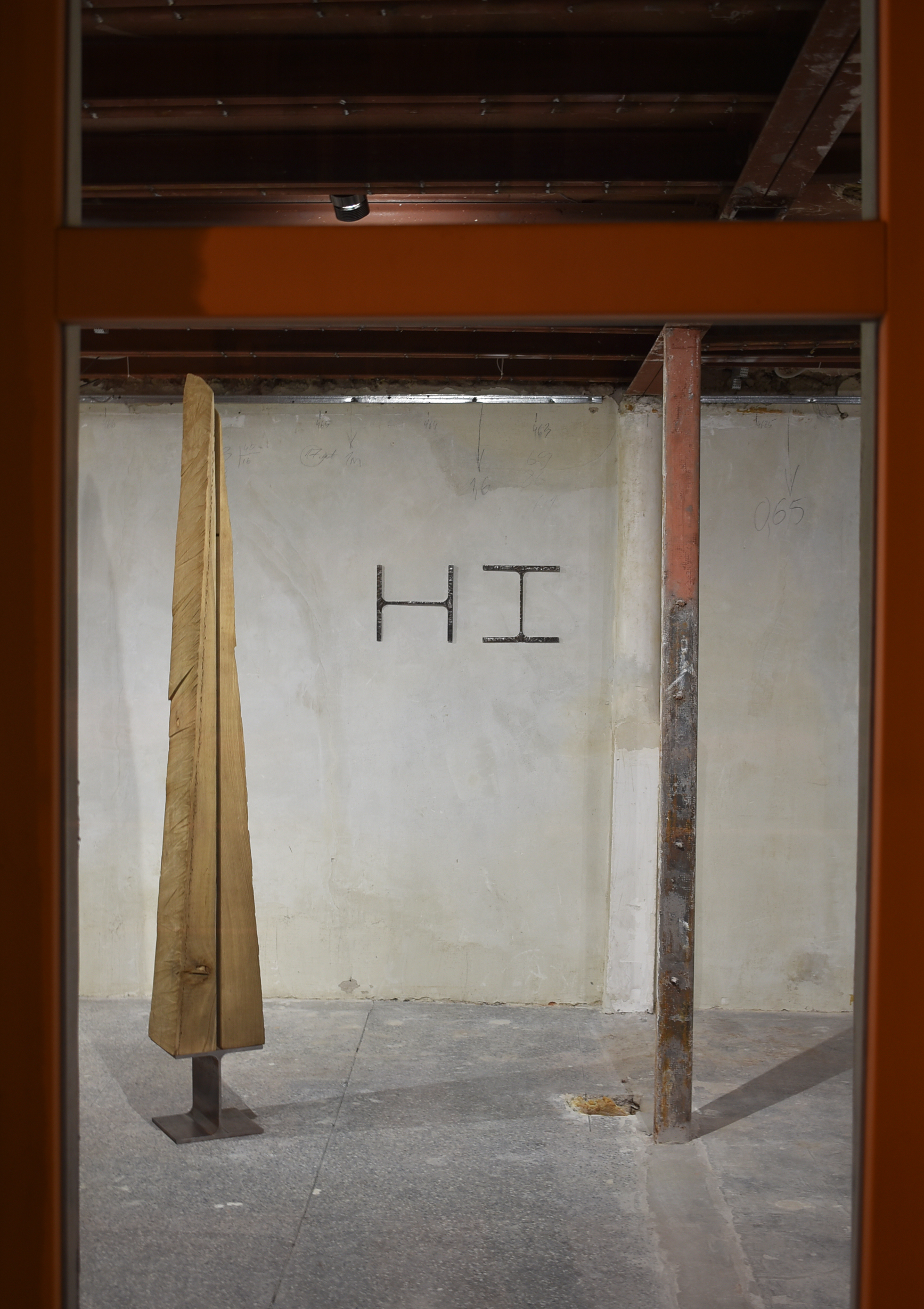 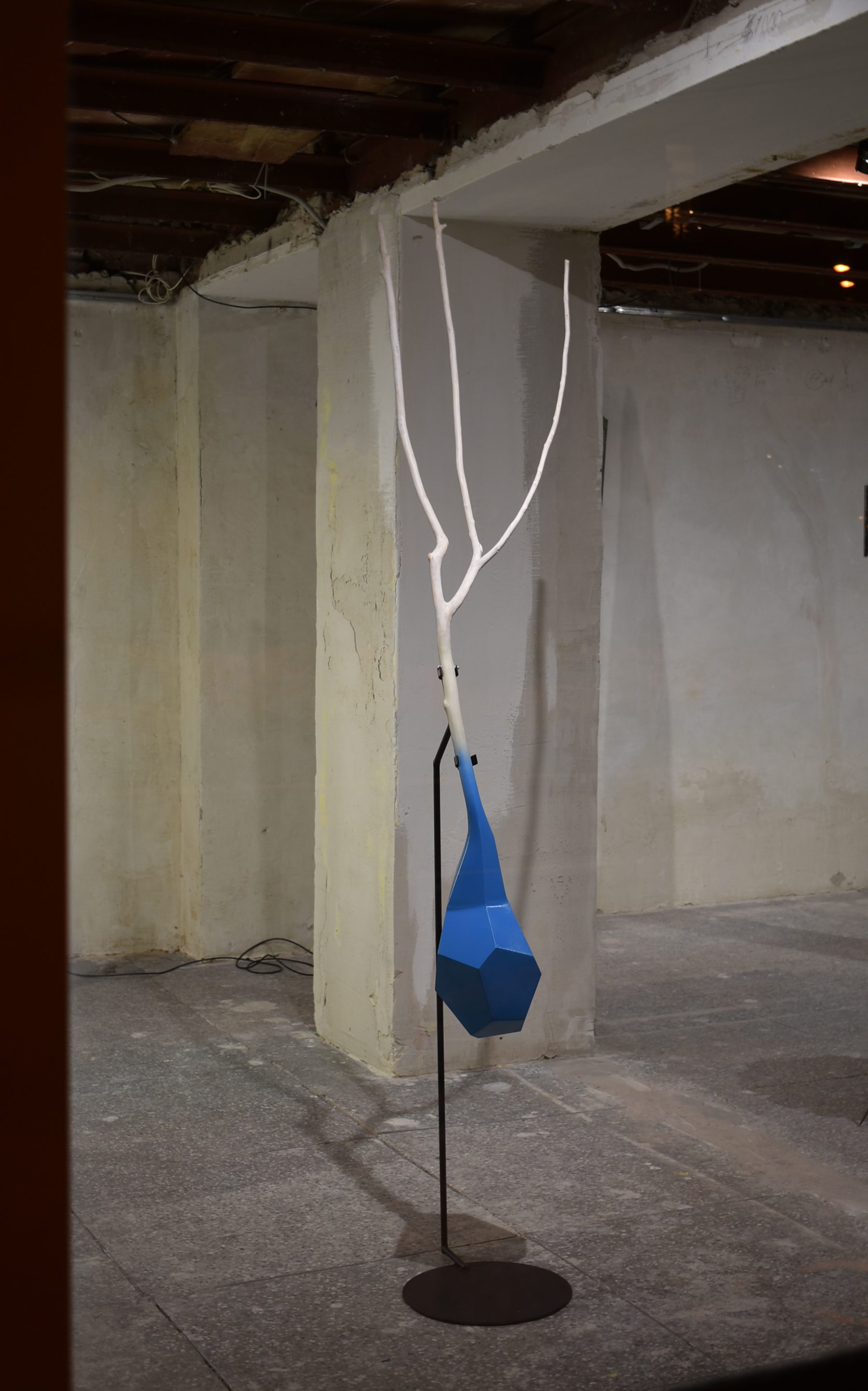 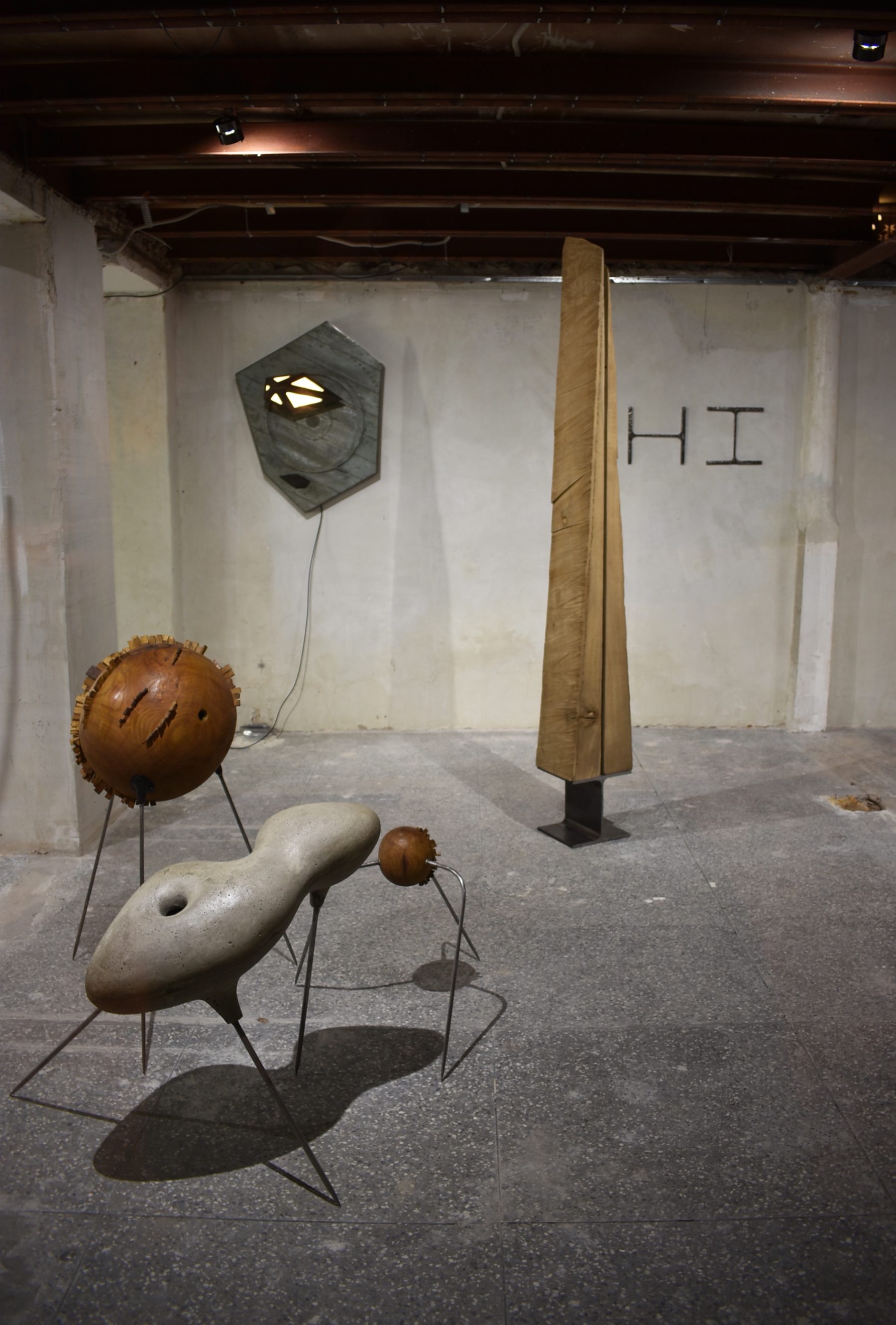 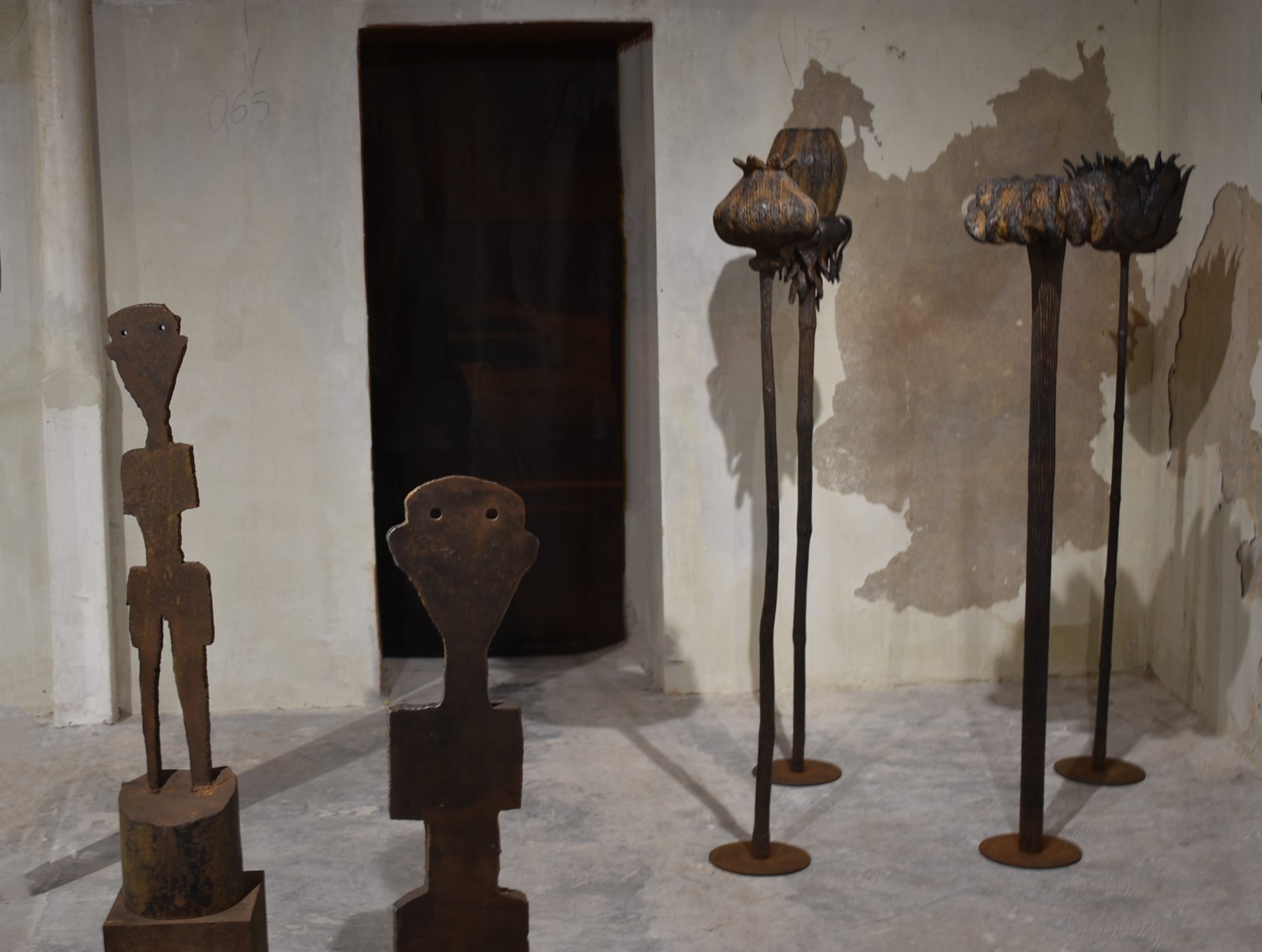 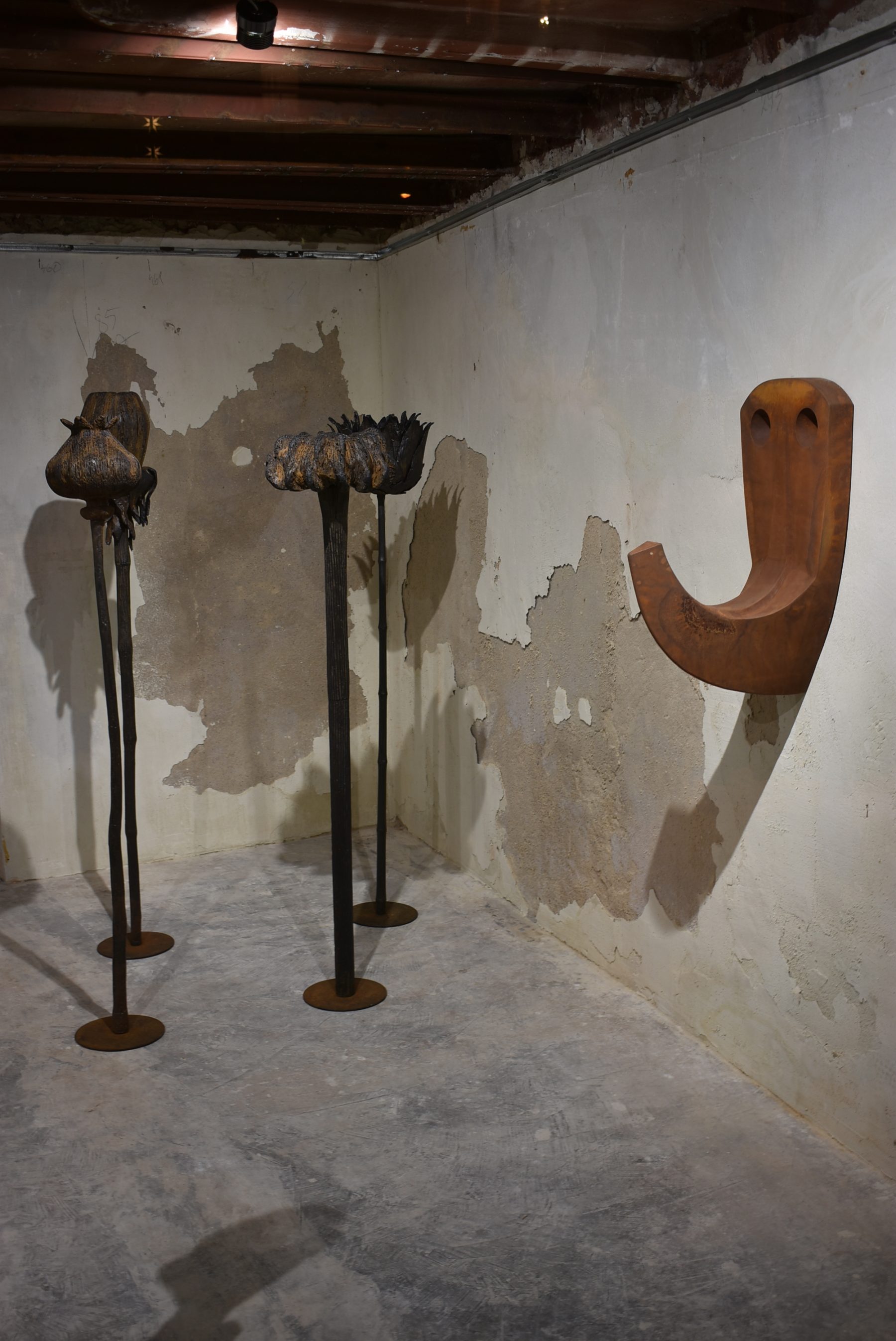 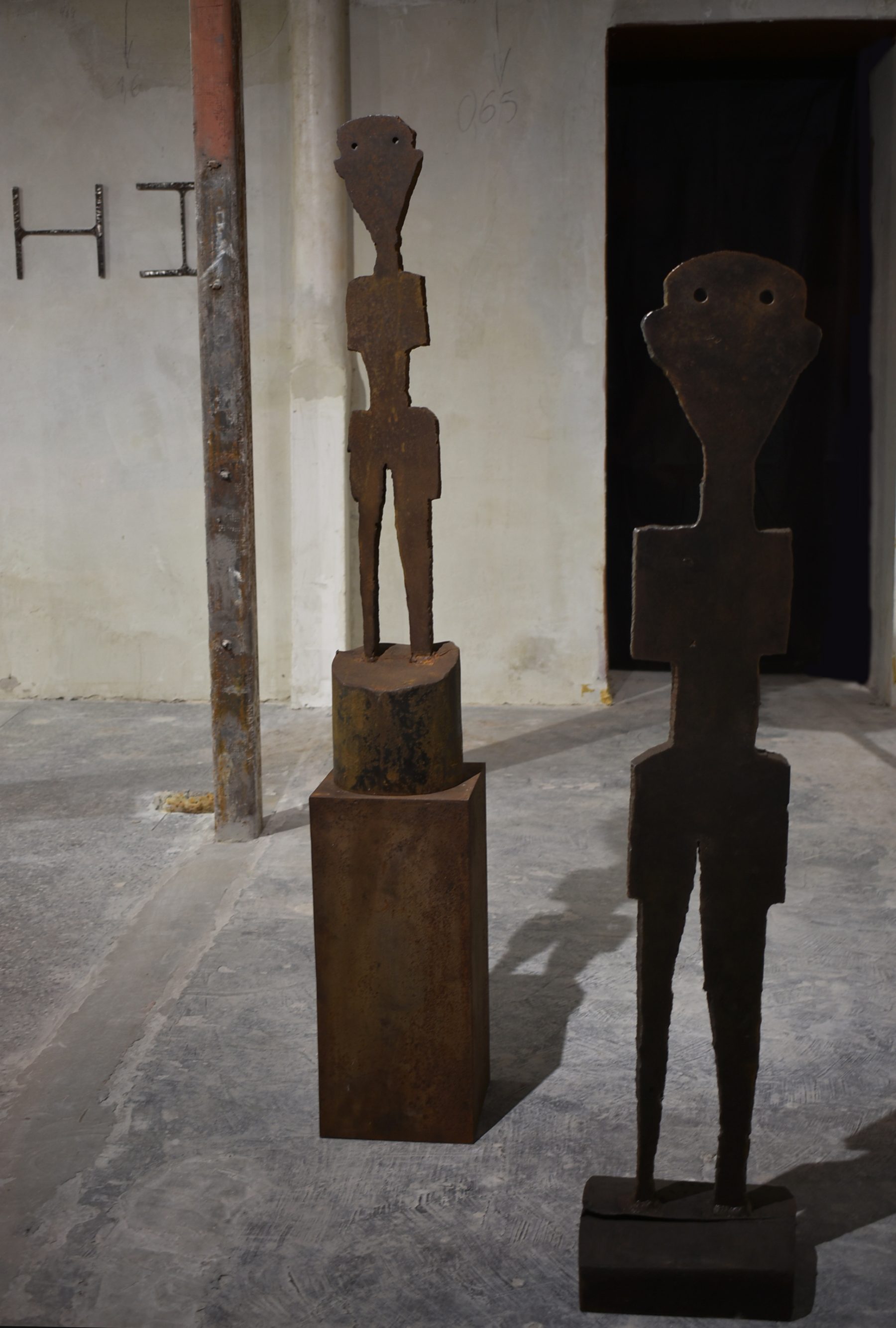 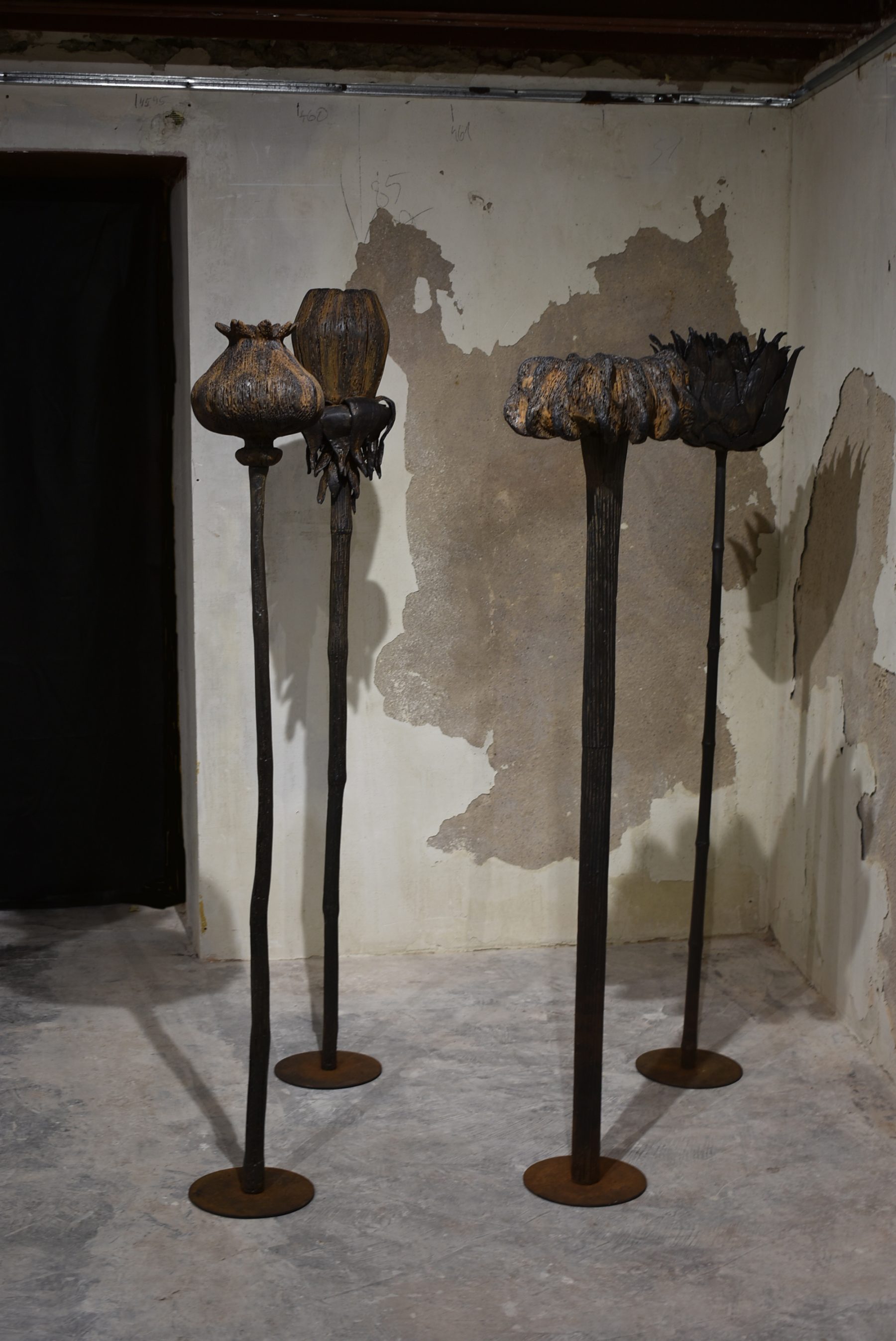 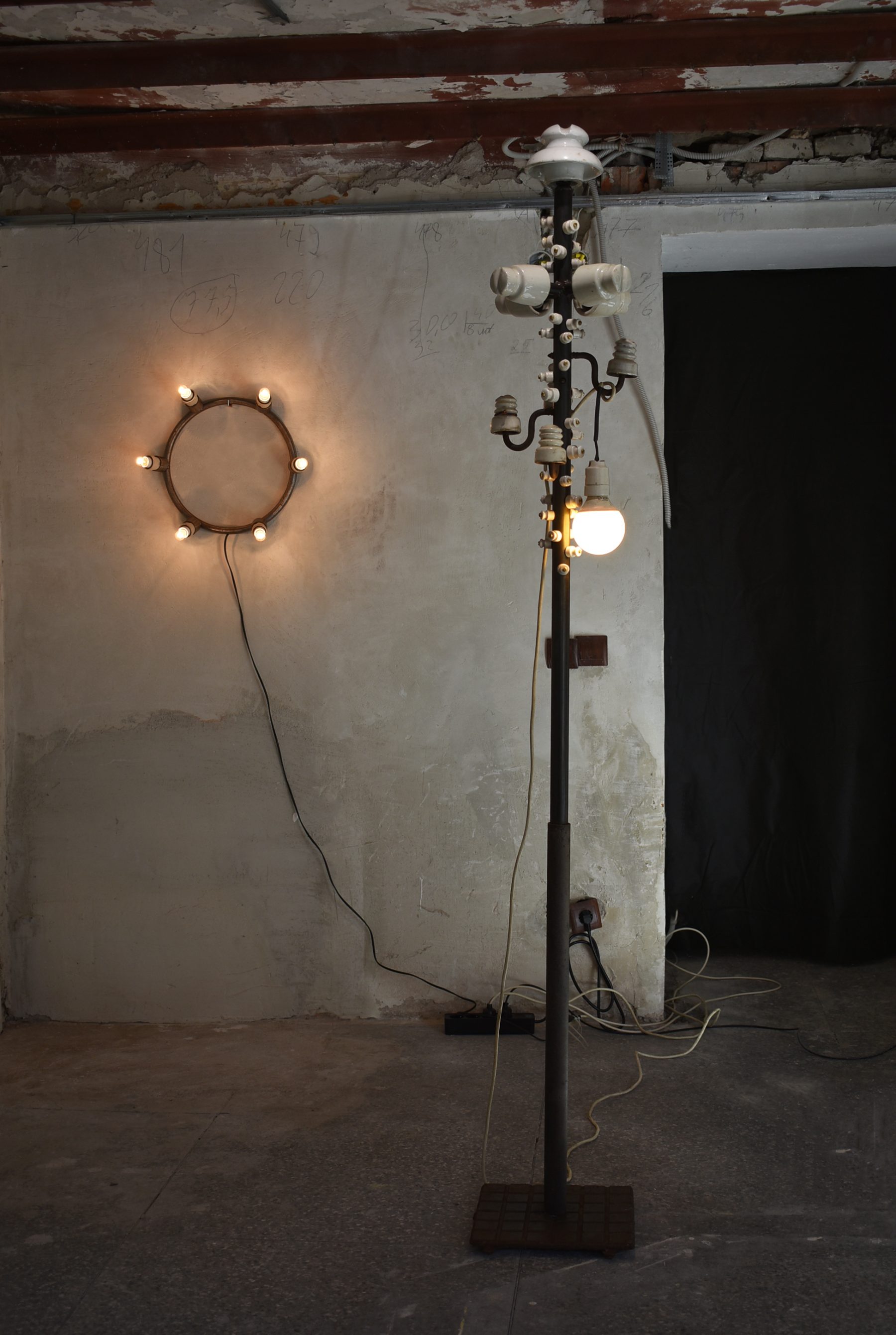 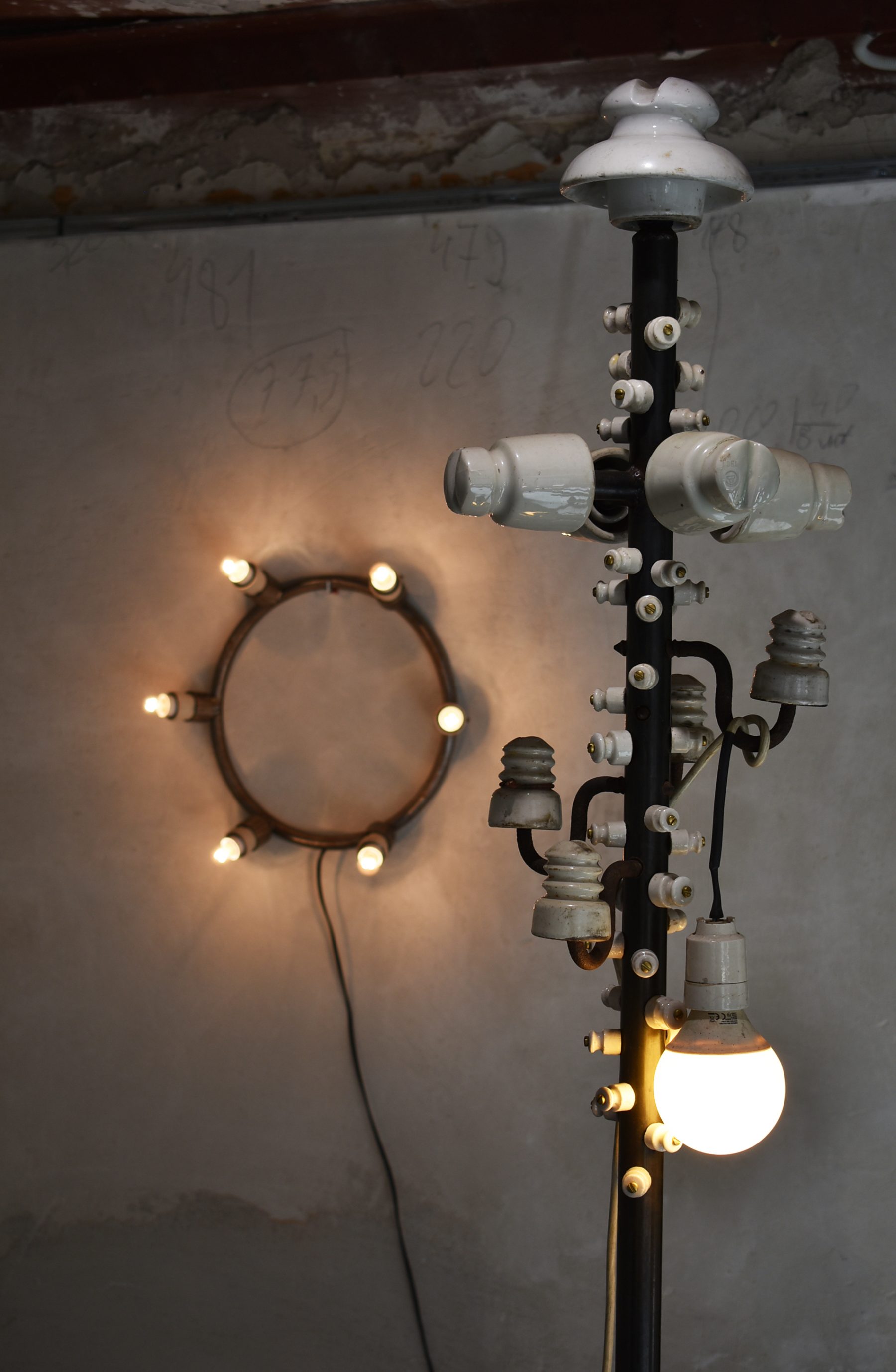 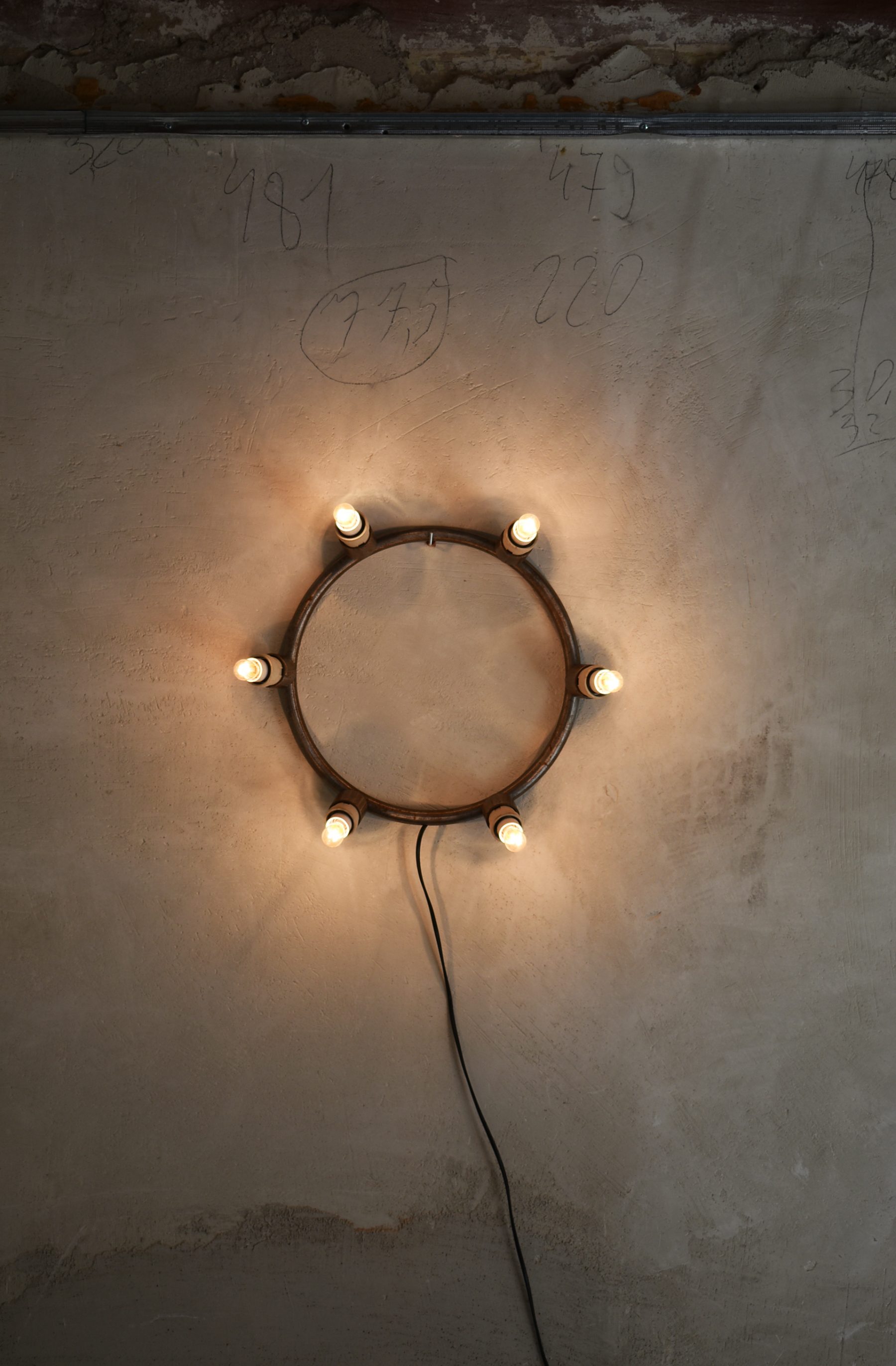