Denisas Kolomyckis (b. 1992.) – versatile contemporary artist known in Lithuania and internationally whose phenomenal versatility fascinates, surprises and intrigues. After ballet studies at the National M. K. Čiurlionis Arts School Denis joined the Conservatoire for Dance and Drama in London for acting studies. After returning to Lithuania he started to reside at Vilnius Ministry of Fluxus. For several years Denisas worked with well-known Lithuanian film director Sarunas Bartas and also had an opportunity to practice at the avant-garde film maker’s Jonas Mekas  studio in New York, where Denisas presented his artistic projects. Kolomyckis chosen creative forms are not limited to film and performing arts and his own approach to visual arts will be shown in the exhibition Heaven Eleven.

The idea of the exhibition takes it’s meaning from the title. Heaven Eleven – are two important keywords, holding symbolic meanings that reveal ambivalence and specific concept of the time. The word heaven describes the transience and fragility of the existence and cyclic time; it refers to the distinction between the two elements (paradise and hell, life and death, good and evil). The word eleven also encodes a dualistic meaning: black – white, day – night, physical – spiritual. In this figure lies the energy of the sun and the moon, which is an allusion to the light and the darkness.

The main theme, which is visually conveyed by the featured installations, is the time. Perception of the time expressed by artist is based on the cycle of time: the constant movement towards the critical moment (destruction / self-destruction), when the singular point or zero zone is achieved, and then reverting back to the original phase (revival, regeneration). The artwork existing time gives the meaning to such conception of time. The installation reveals a cyclical flow of time and highlights fragility of artifact’s existence. In one of the installations artist uses live flowers that during the exhibition are “condemned” to face their own cyclical time. The author emphasizes the flower wilting process, which leads to a critical point – extinction. In another installation bread becomes the essential element. Artist hangs dried bread slices in a circle and separates it from the visitor with a metal fence, in this way accentuating the individual confrontation of substance with the passage of time. Molds demarcate the body of the bread slice with time traces. The formed circle shape of bread slices also refers to the cyclic nature of time. 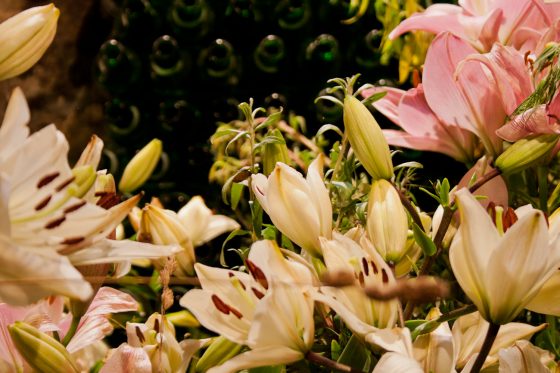 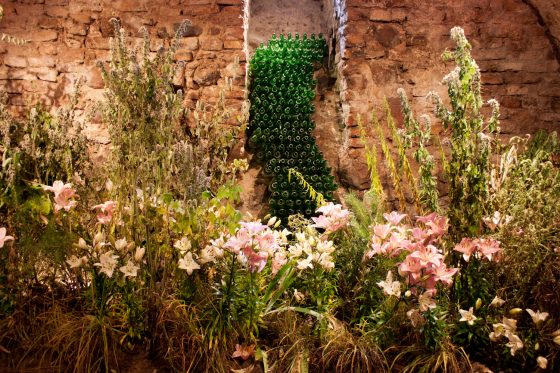 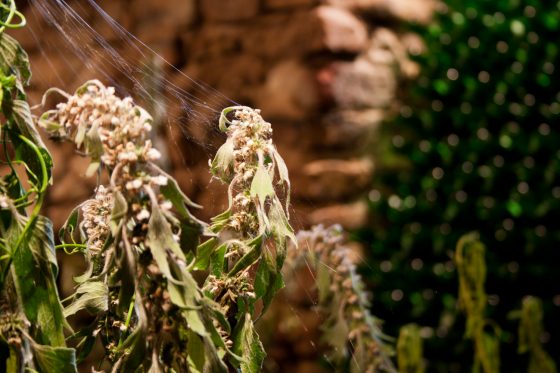 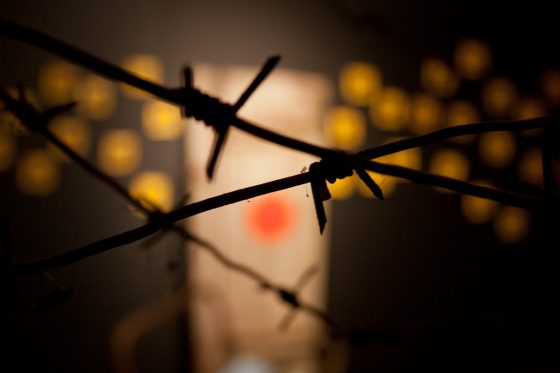 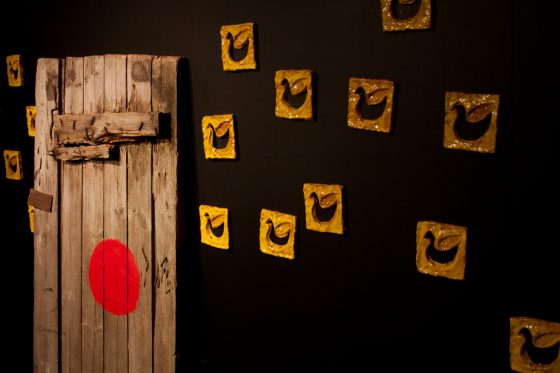 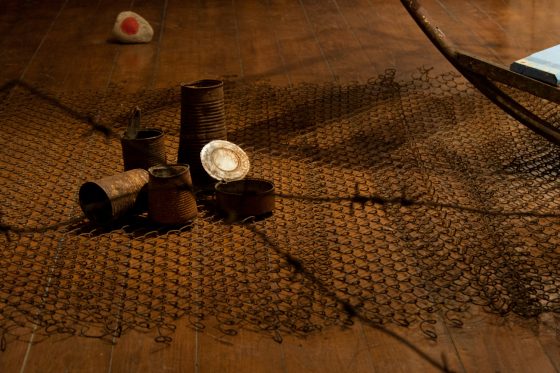 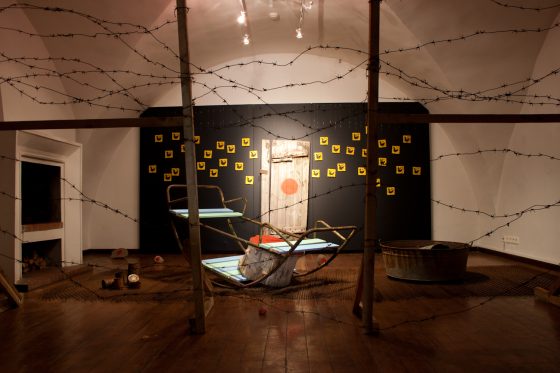 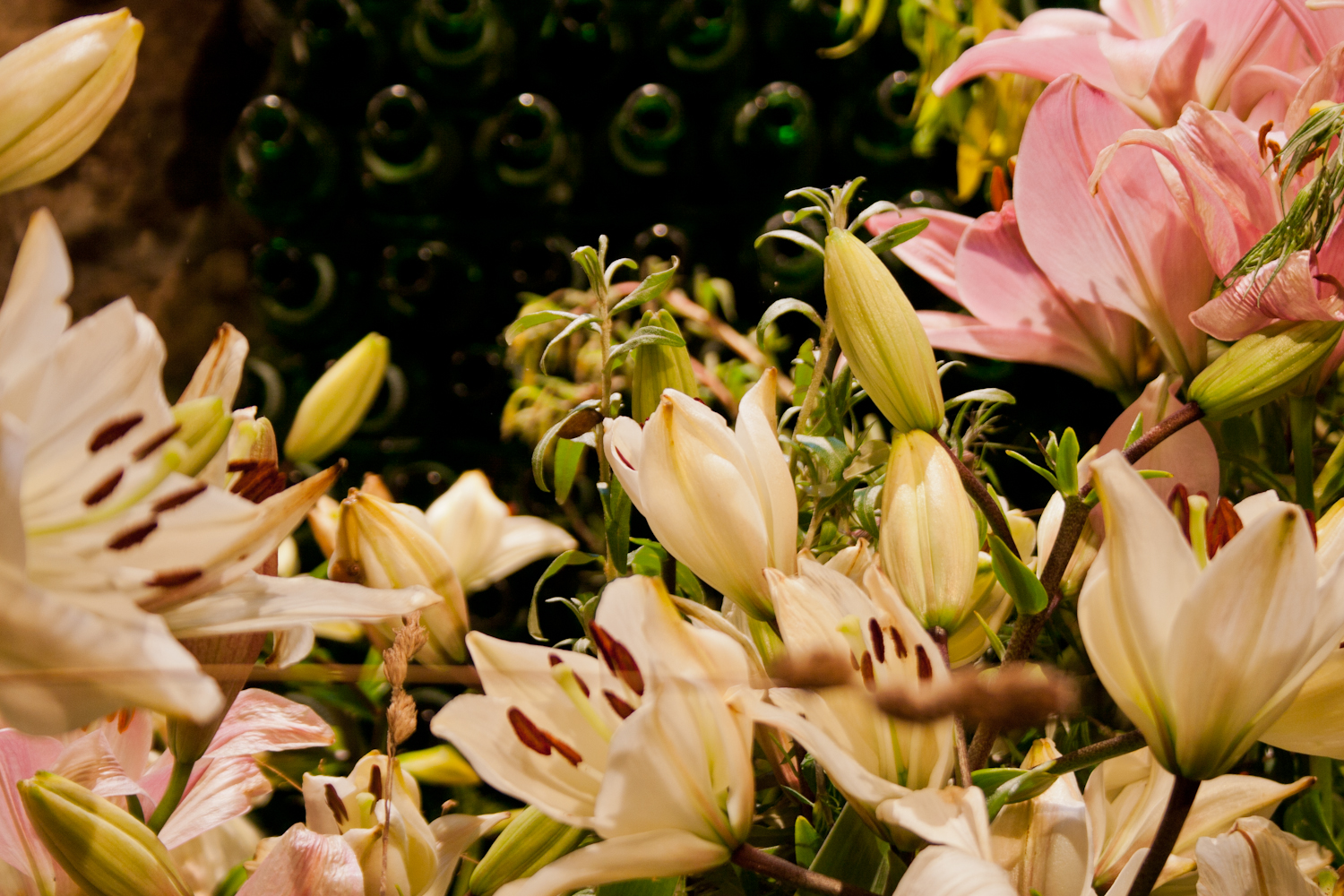 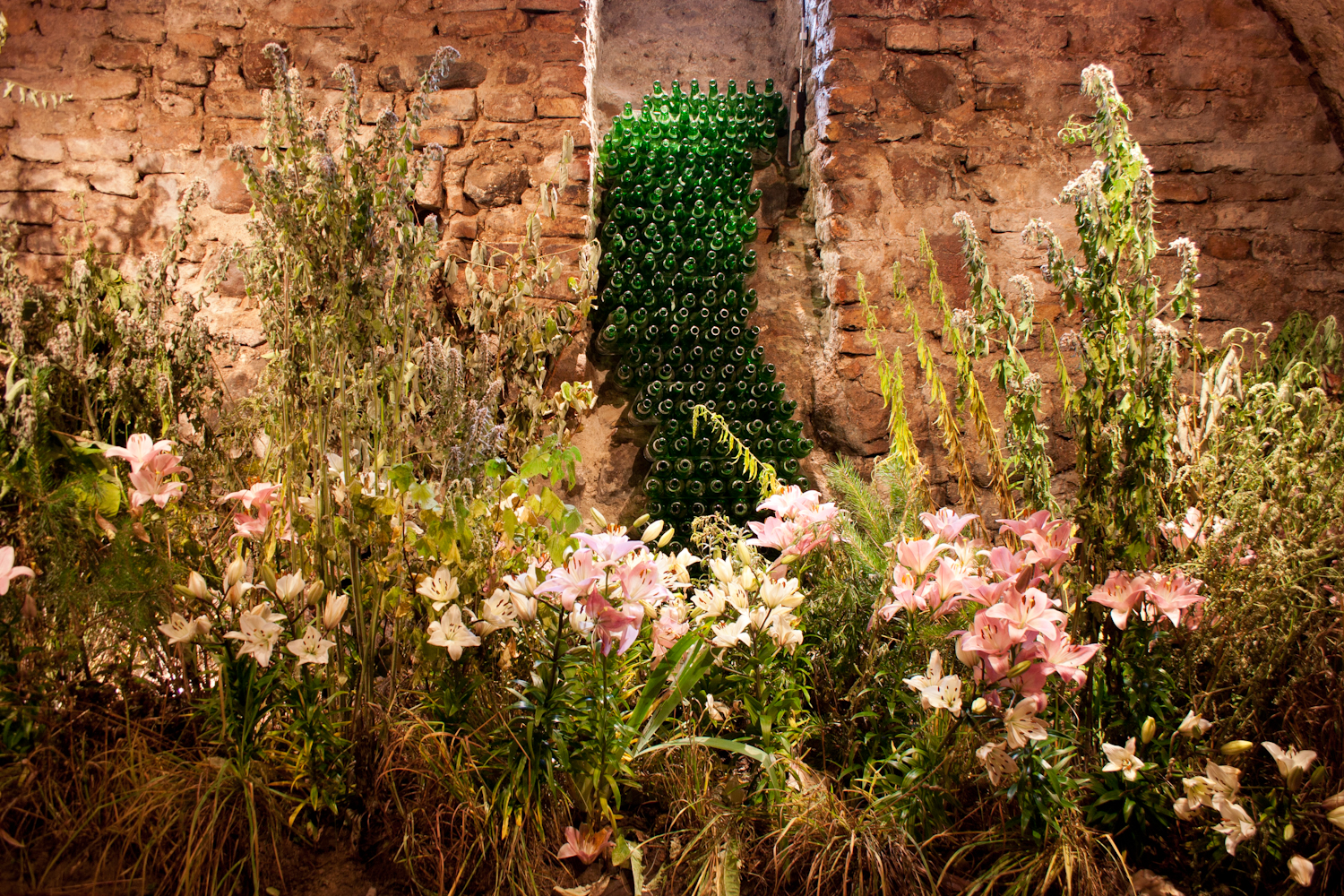 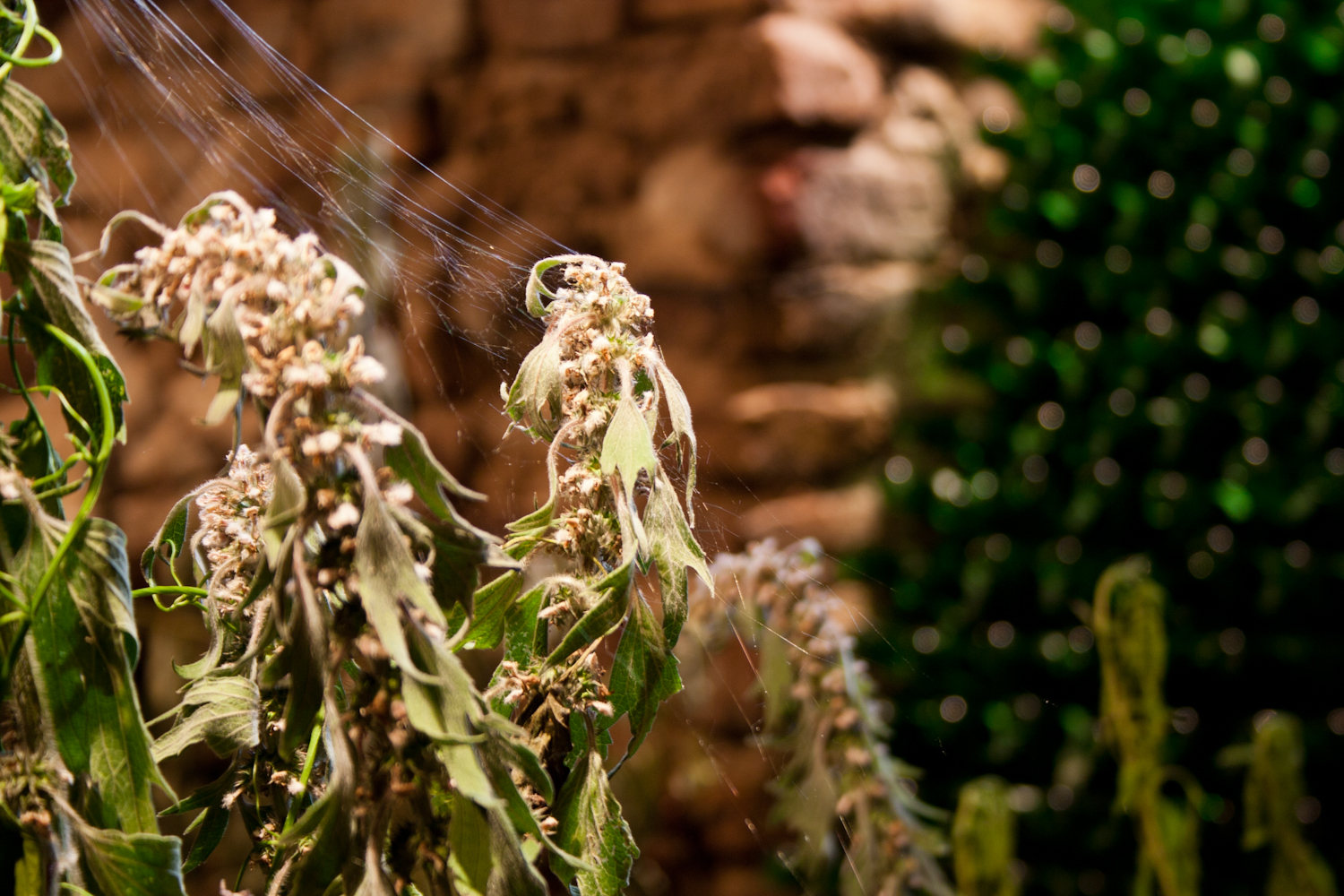 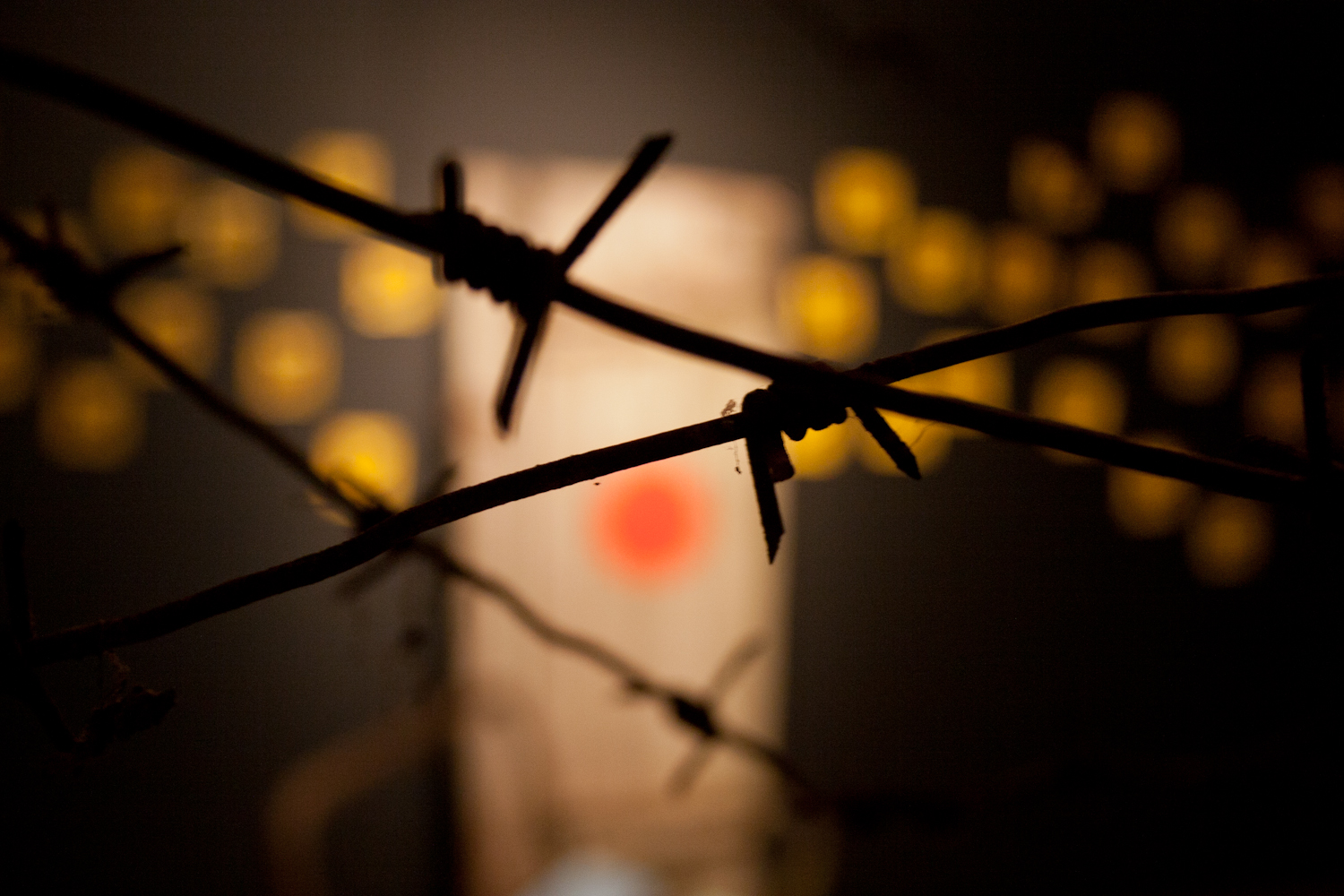 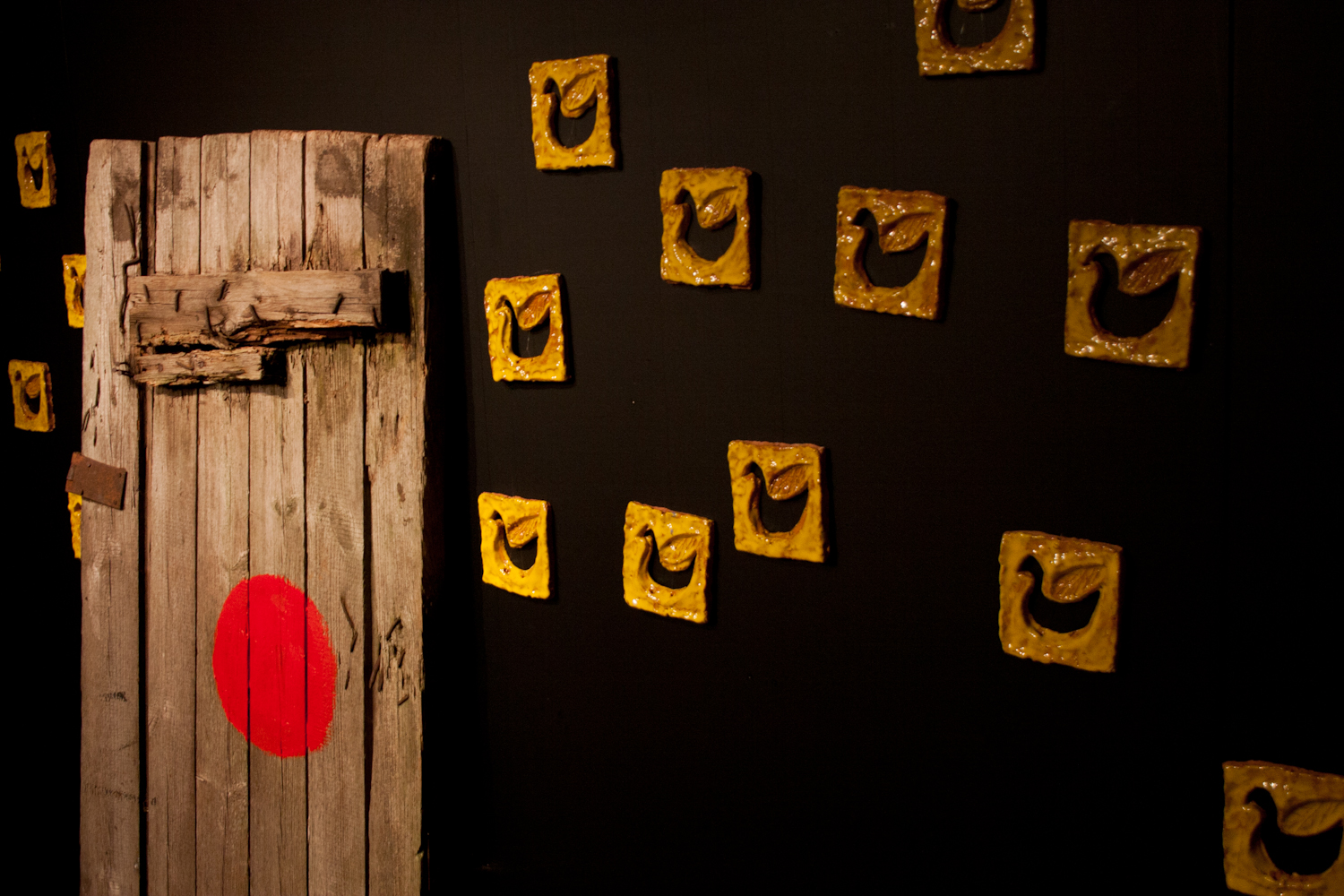 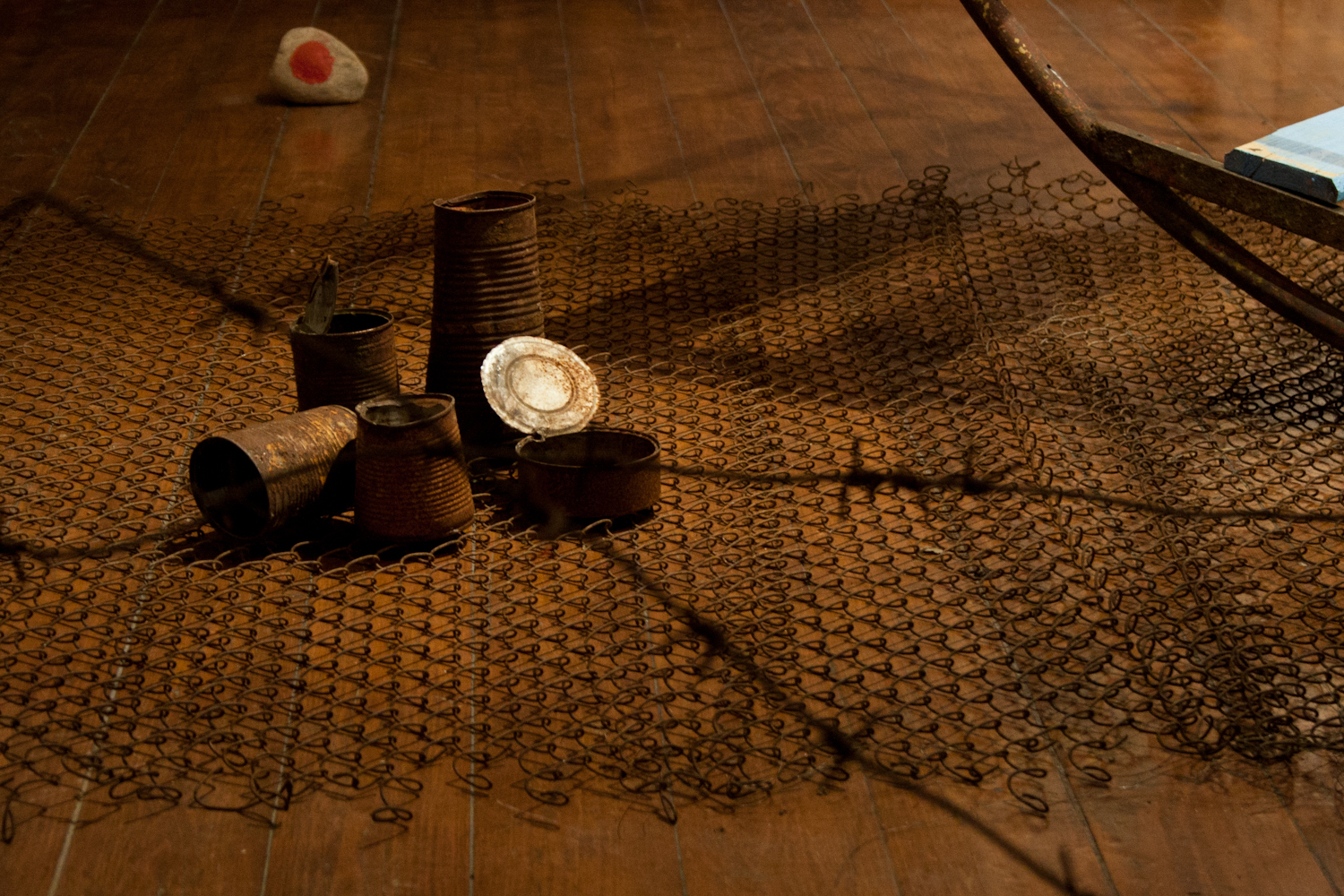 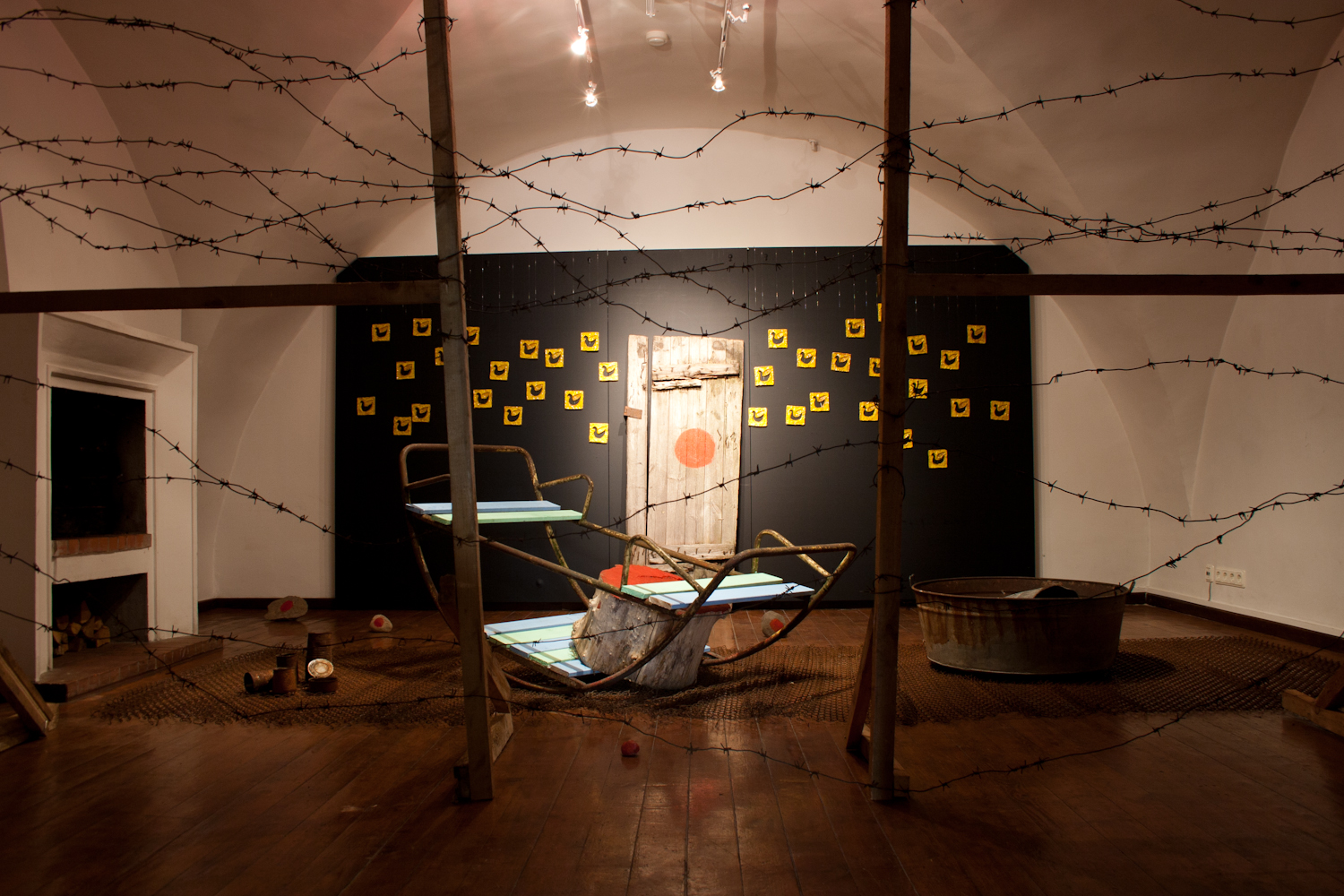