Laura Guokė – graphic artist of the younger generation, who is not limited to a single artistic expression. She is interested in photography, sculptural objects, screen-printing, experimental audio-video installations and the usage of new technologies, and as the most important object in her work human body is selected.

Laura Guokė earned a master’s degree in Siauliai University and a bachelor’s degree at the Vilnius Academy of Arts. Artist is rewarded with the “Young Arts and Culture Makers” award established by Siauliai city municipality as well with a prize at competition “New Avant-garde Object” held by (AV17) gallery and many other awards, appreciating her artistic and cultural activities. L. Guokė has participated in a number of republican and international project in Latvia, Estonia, Poland, Great Britain, Romania, Macedonia, Austria, Italy, Russia, Canada, USA, India, Malaysia and Japan. The artist has had over ten solo exhibitions in Lithuania and abroad.

Artist’s “Destroyed Universe” was inspired by Armand Schulthess (1901-1972) – Swiss artist today is associated with the Art Brut (brutal art) movement, creative history, trying to understand his thinking that led to the choice that radically changed his life. More than 60 years ago A. Schulthess started working on his largest project – in the 18 thousand square meters forest he created philosophical garden: wrote out thousands of metal plates in multilingual texts, aiming to impart knowledge gained through the analysis of articles in various cultural and scientific topics. In his “Forest Encyclopedia” he formed about 70 albums on sexuality and love themes that he illustrated with detailed anatomical and erotic drawings. Laura’s inspiration source, which nurtured the idea for the exhibition “Destroyed Universe”, became not only this artist’s work, but perhaps even more the fact that shortly after his death a unique piece created in more than 20 years was burnt. Only a small part of one of the most famous Swiss artist’s work has been saved. For Laura the most important became the fact of the drastic deed, an event, which once again testified to our ephemeral visions.

For Laura Guokė is not only important to talk about the existence and non-existence, but also to find more new features that complement hers as an artist expressive lexicon. Whatever artist would choose her relationship with the topic always remains very intimate. Through her own body, she forms cues that transmit very different concepts, inspiring reactions adequate to each of our experience. On the naked body, face texts are wrote out. It is various authors’ reflections on the topics of love, sexuality, fantasies, and the inner conflict. Not only the meanings of the words or sentences are important, but also their visual structure, grossly distorting harmony of graceful bodies. These bodies’ beauty is discorded and by their postures that are freezing them up in by the strong excitement or negative emotions determined motion. And all this is what gives birth to an contraposition, duality of feelings, forcing to doubt the sustainability of existence and weighing down to the fear of non-existence. Positive-negative effect, used by the author in her photographs, further highlights the impossibility of absolute truth and the absurdity of thought that we comprehended this world. 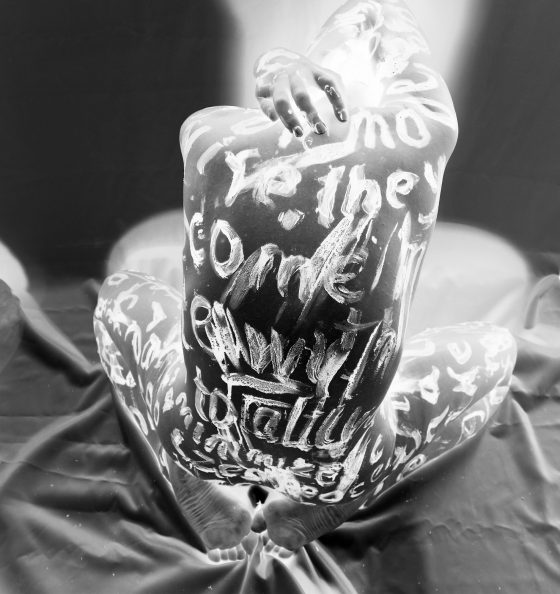 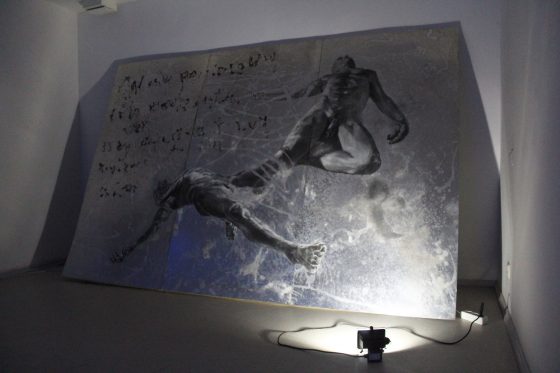 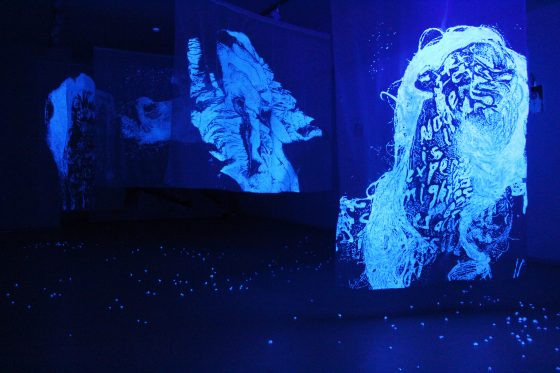 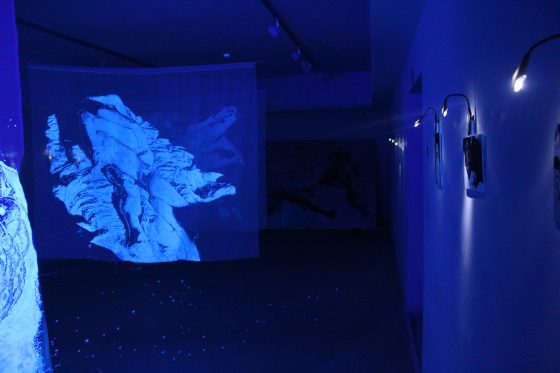 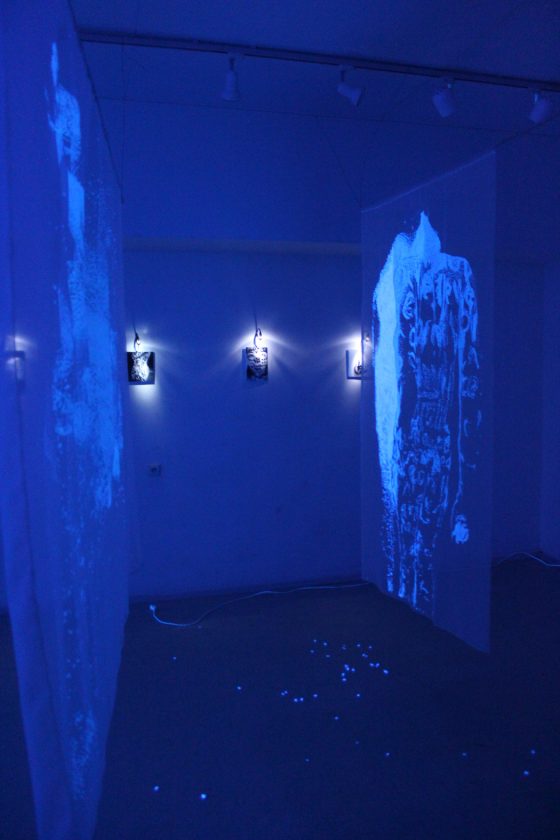 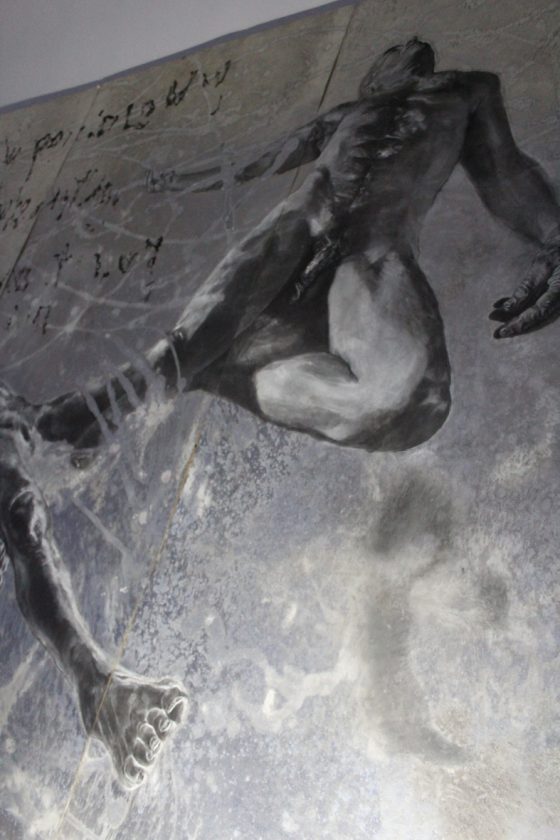 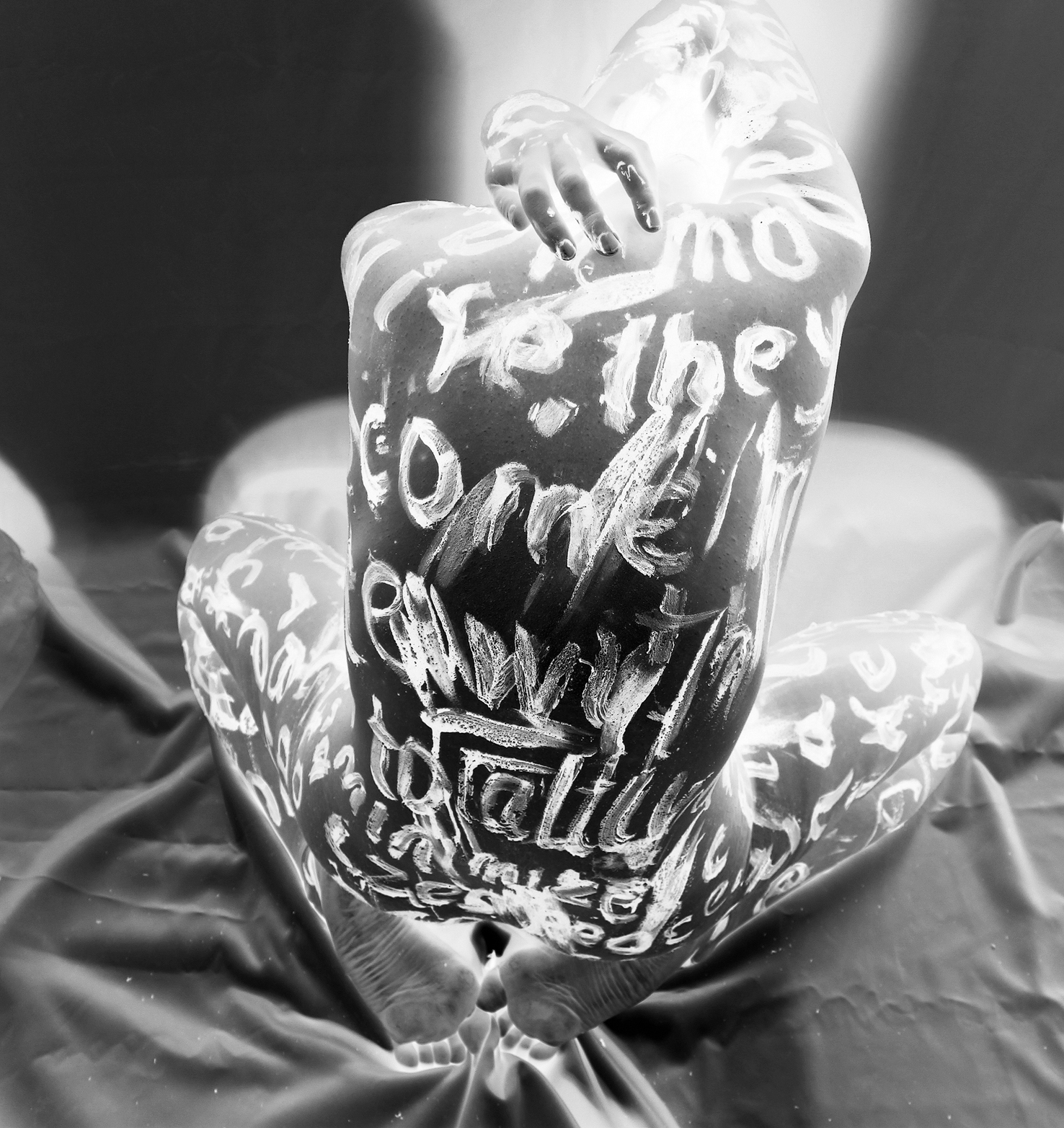 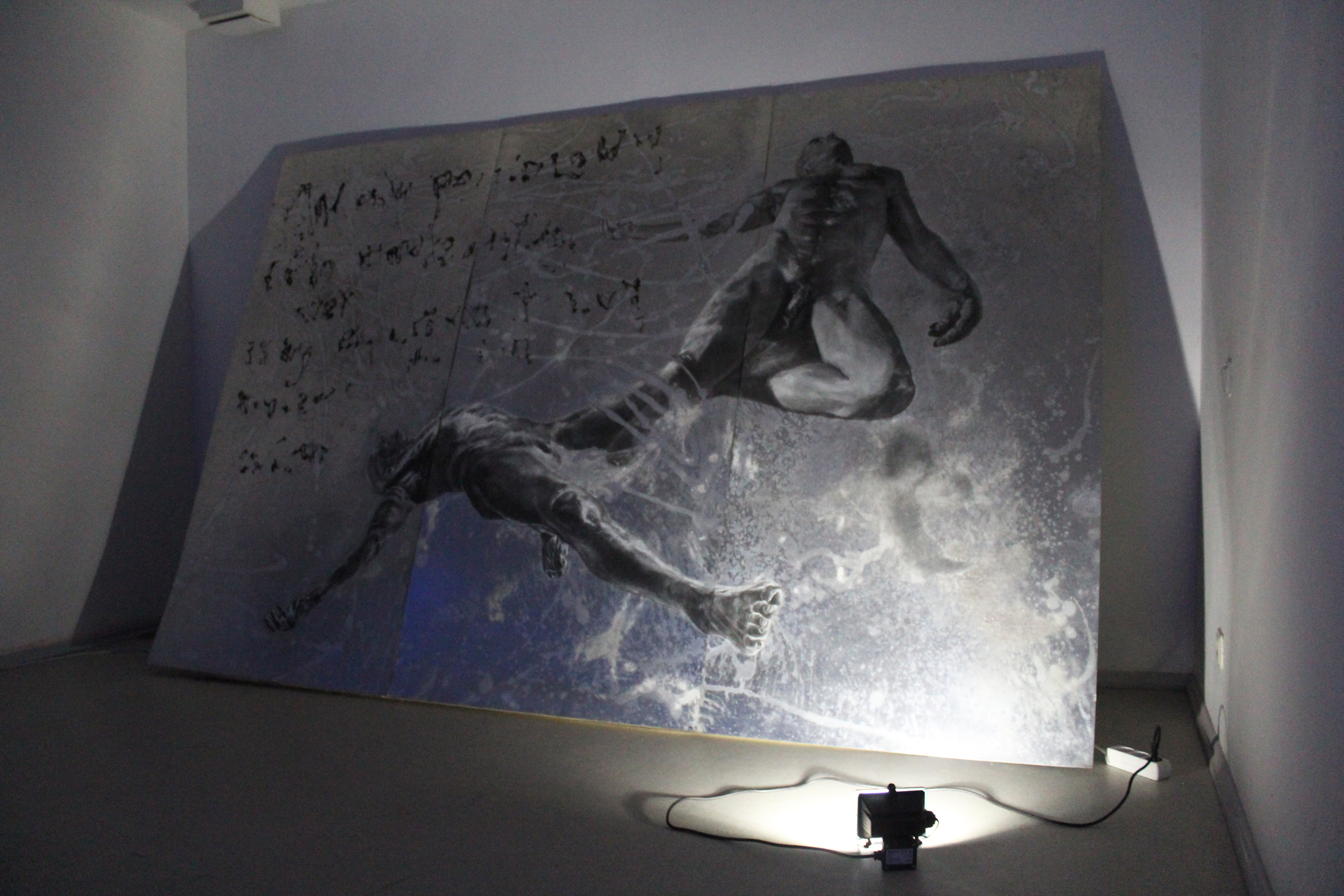 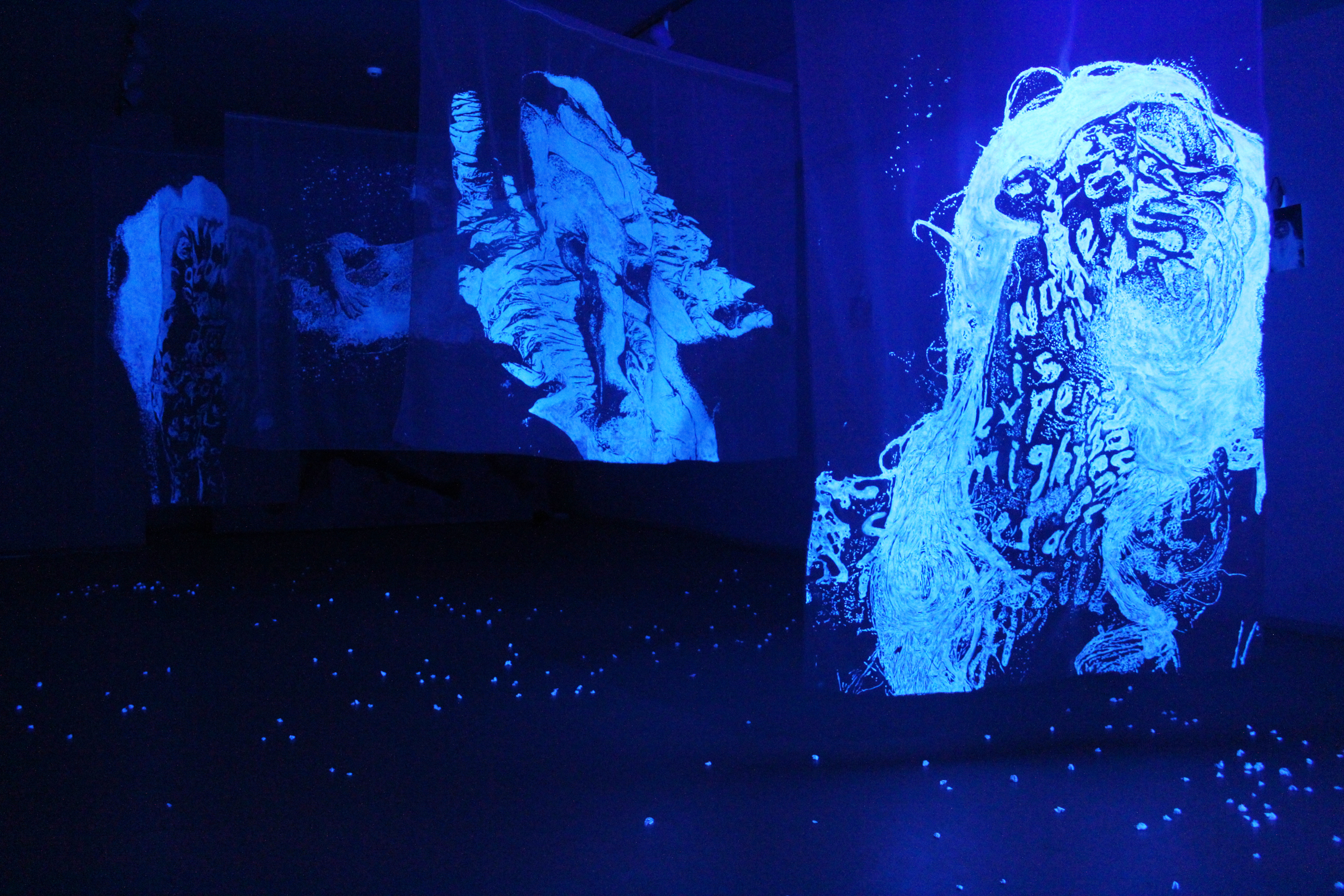 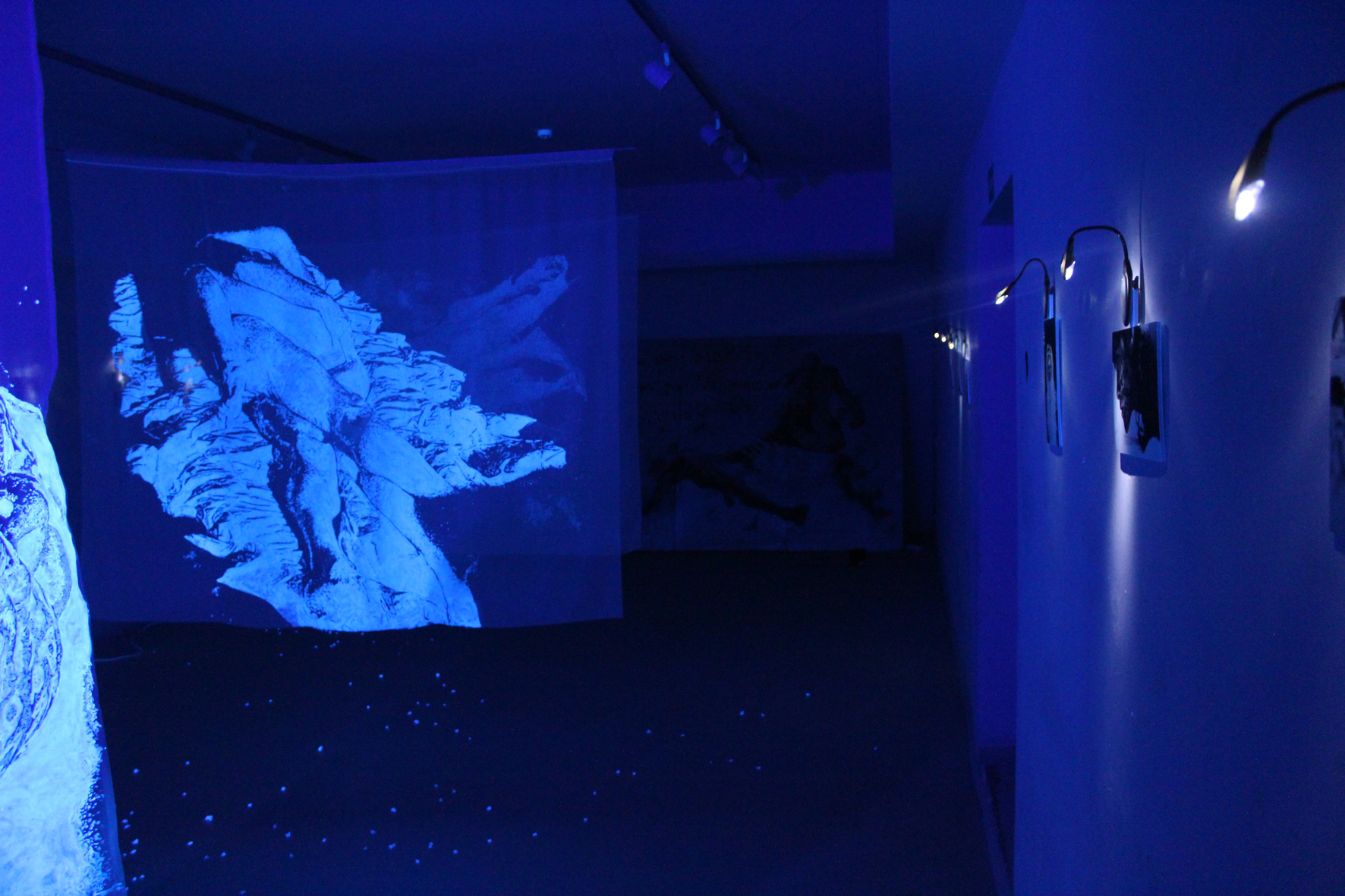 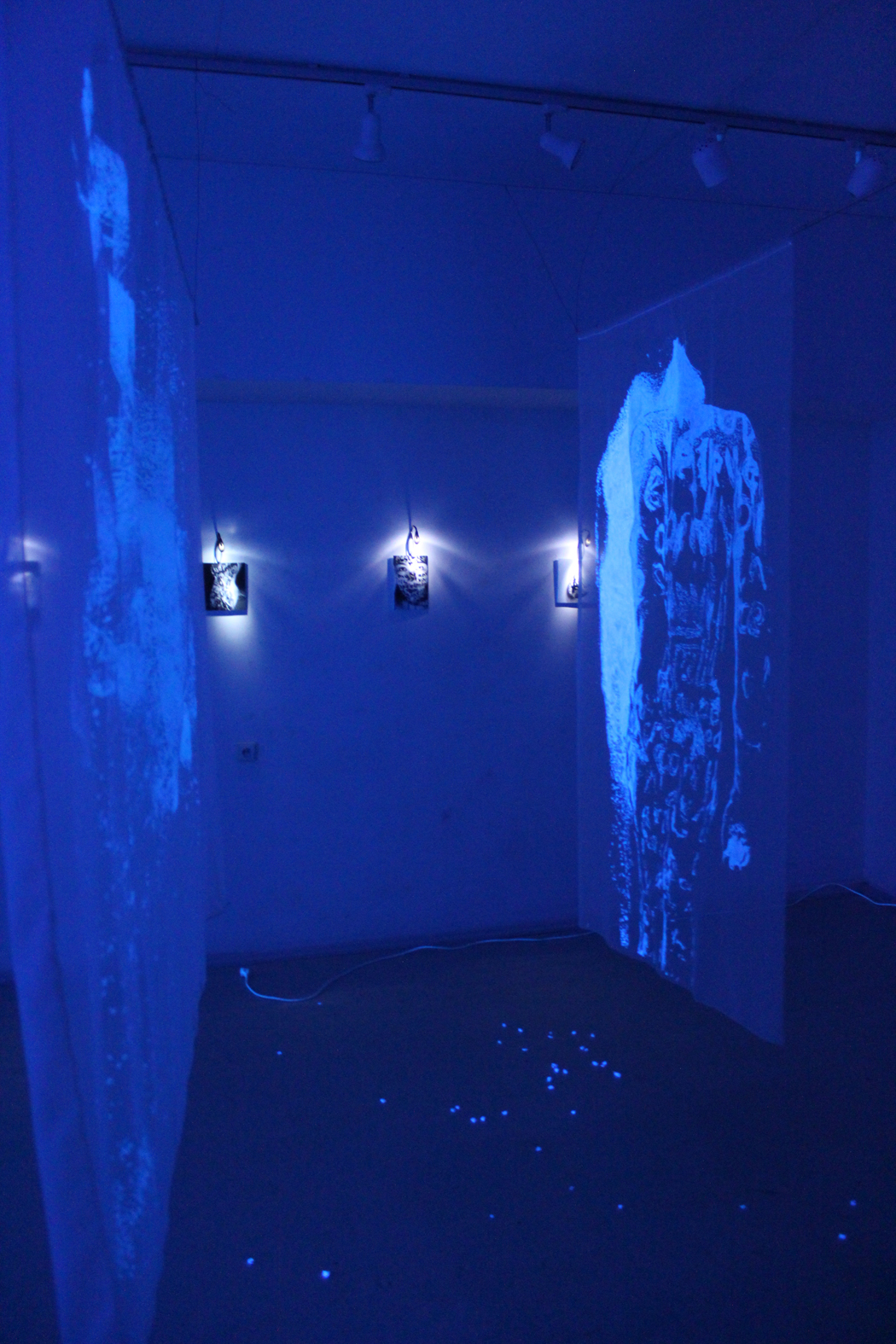 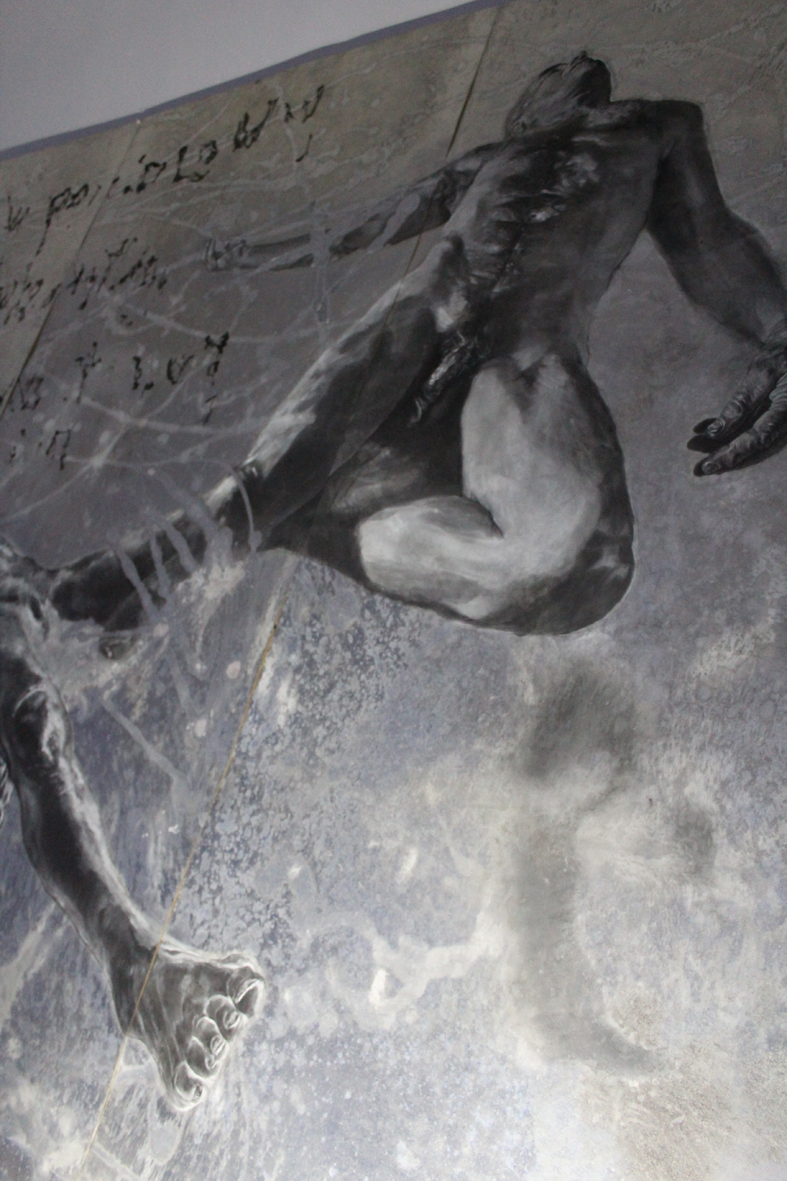