The exhibition by sculptor and art object creator Nerijus Erminas at the (AV17) gallery presents four object installations composed of several separate elements of meaning. With these projects, the artist relates his own personal narratives by using the language of symbols and references.

A Place Which is No Longer There is a composition of three elements: a photograph from the village of Plikiai, the author’s home town, depicting a bend in a stream later destroyed by reclamation; a tree transported from the place in Vilnius where the author himself lived for over ten years with his family, the place where his children grew up; and a microphone stand with a candle, quietly creating the soundtrack to this story. All of these objects create a nostalgic feeling of loss, signifying the sense of unstoppable change and destructive time. Three objects: a dead tree torn from its natural surroundings, a photograph of a place that has changed, and the ephemeral flame of a candle that should signify something – all of this represents the author’s personal loss and the phenomenon of memory in general.

Lemur is characterised by a strong sense of surrealism, though it too questions the feelings brought up by memory. The installation is composed of two crystal-like forms made of furniture material and two vases of thick glass from the 70s that become a reference to a certain period of time, and a completely out of place and fragile lemur. According to the author, “this is the visualisation of a certain emotion that, materially and aesthetically, has rooted itself deep in the members of my generation. These coldish, furniture-like forms, the shapes of the two glass “glamour vases”, and the creature, uncomfortably settled into this environment, embody the emotion that you start to feel when a familiar and ordinary environment becomes strange, or when you become a stranger in your own environment.” This installation best expresses the thought process of Mr. Erminas as a sculptor: emotion is generated by the use of shapes and textures, juxtaposing the geometric and the organic.

Zorro is an ironic take on the exaggeration of the meaning of an individual’s footprint/legacy. A bag of cement overgrown with moss represents culture, man’s footprint, as defeated by time and nature. However, the Zorro sign sticking out of it and marked on old window blinds is a testament to human stubbornness. Such stubbornness may be strange, it may be a little illogical, but it is also romantic in its own way, even “heroic” – just like the cultural figure of Zorro. For man strives to leave a mark in any activity of his, to usurp places that have gone untouched, and to conquer inaccessible spaces. This installation was inspired by a moss-ridden bag of cement found in the woods. The author states: “This negative action seemed aesthetically appealing to me, and romantic in a way. Inspired by this experience, I decided to recreate the emotion I felt. This human behaviour, this desire to leave a mark behind – I named it after a certain character called Zorro.”

According to Erminas, the installation Cutting through Wood in Dagestan was inspired by a book entitled РЕЗЬБА ПО ДЕРЕВУ В ДАГЕСТАНЕ (Eng. – Woodcarving in Dagestan), whose literal translation into Lithuanian gives it a very different and harsher meaning. Various objects reconstruct the image of a country and ancient culture that is dying out. The scene is also pervaded by a sense of loss and decline. The artist reminds us that this nation, unsettled by troubles and scarcely known to us, has a strong national identity and cultural traditions that are in danger of being slowly destroyed.

This exhibition by Nerijus Erminas is the study of a certain visual memory and the footprints of time. Starting with the mark of an anonymous action and the human need to leave a mark of some kind behind, the artist deconstructs the elements of his own memory, finally arriving before the historical and cultural aspects of memory.

Nerijus Erminas gained his diploma in sculpture at Vilnius Academy of Arts. The artist has hosted over ten personal shows in Lithuania, and actively participates also in group exhibitions abroad. In 2011, Nerijus Erminas’s creation was presented in the Lithuanian Pavilion at the Venice Biennale. In 2010, he won an award for the most prominent small plastic work in the Sculpture of the Year 2009 competition. In 2012, he was awarded a jury prize for the best presentation of a sculpture in the contemporary art fair ArtVilnius.

Artist Nerijus Erminas is one of the few Lithuanian sculptors creating conceptual art. The artist’s work is characterized by an element of the game and surrealism. In a sense, by recreating and “paraphrasing” everyday situations as well as playing with details, he questions not only the aspects of the being of things but also the perception of human existence. By transforming casual and sometimes even mundane objects, the artist enters the dream space and insensibly involves the viewer into the game, where routine appears in unexpected forms. There is little plot line in the author’s works – the narrative is created by a subtle play of particular details, symbolic use of materials, and unexpected clues. The artist masterly creates a separate and a different world, where everything is a kind of familiar, but to some people it is puzzling, whereas to others – entrancing or making laugh. However, it engages everyone. 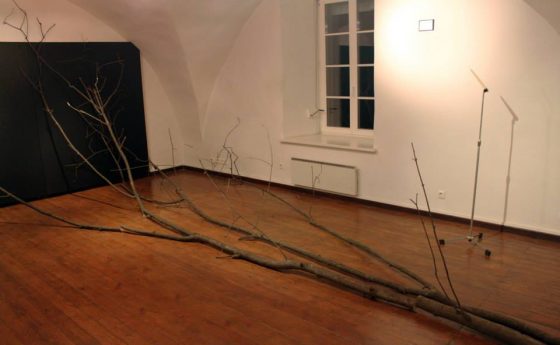 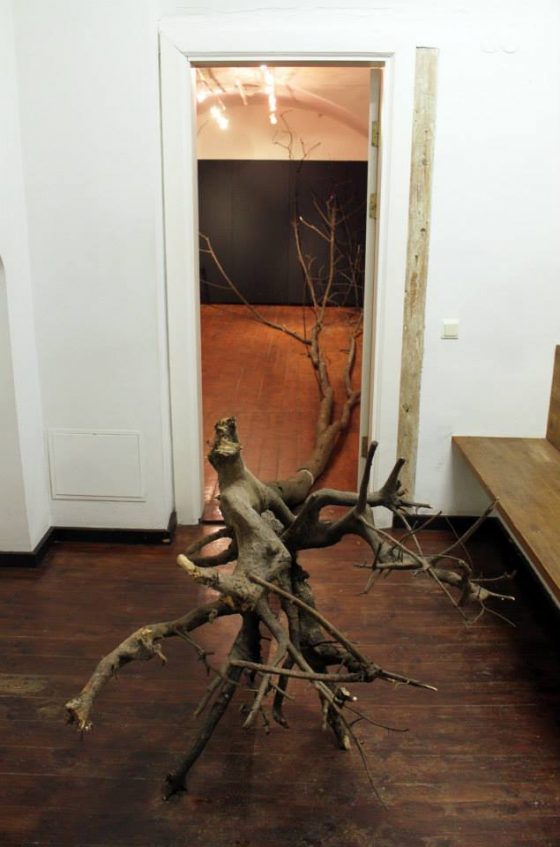 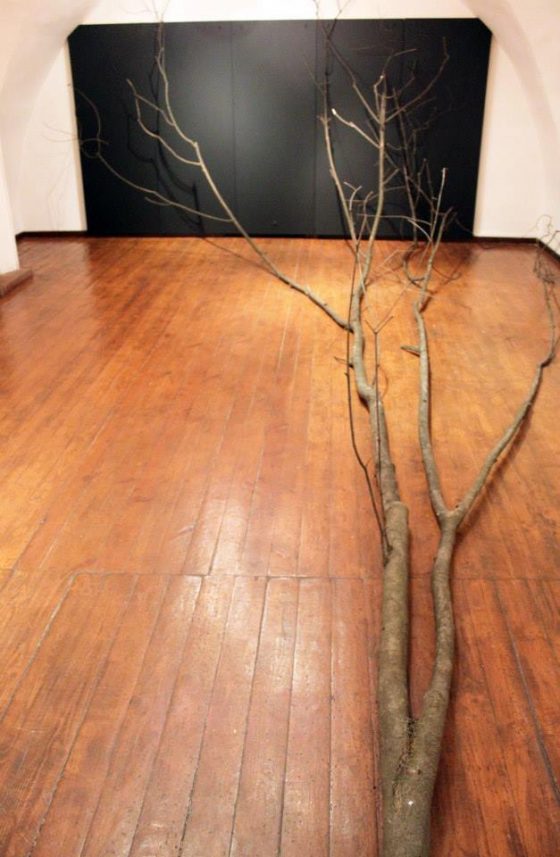 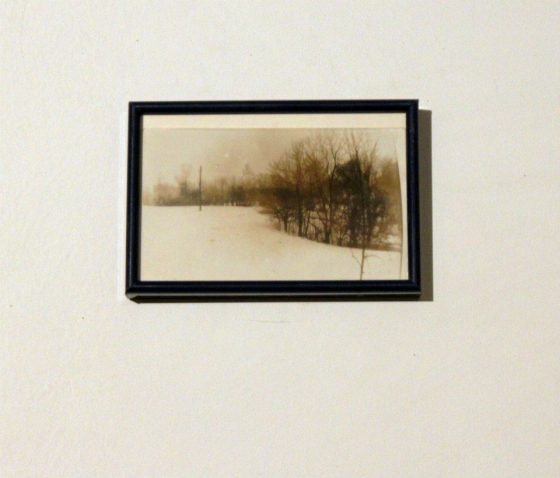 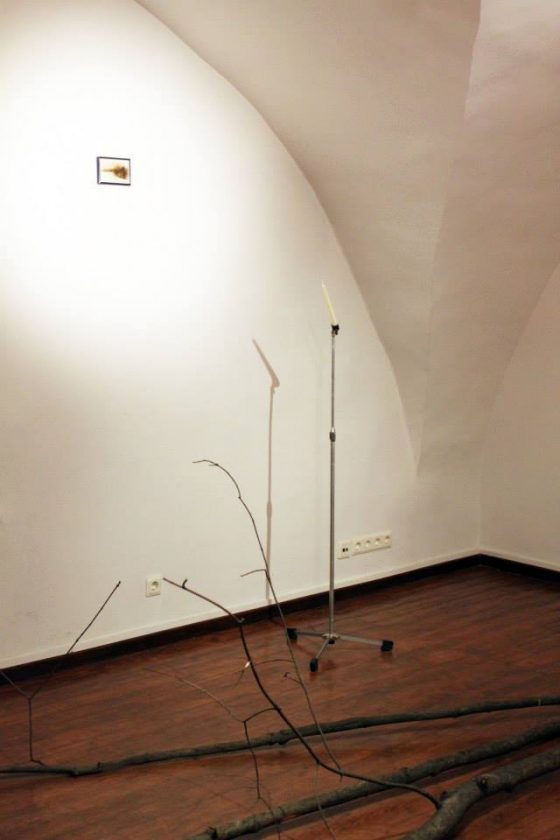 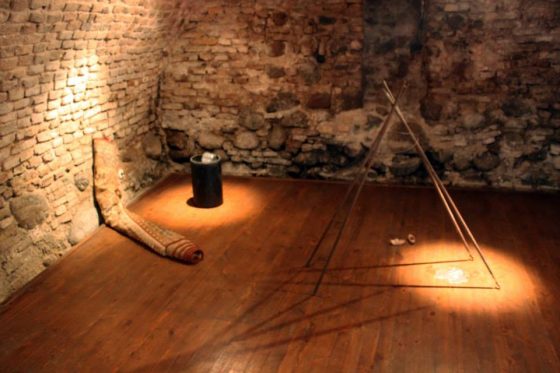 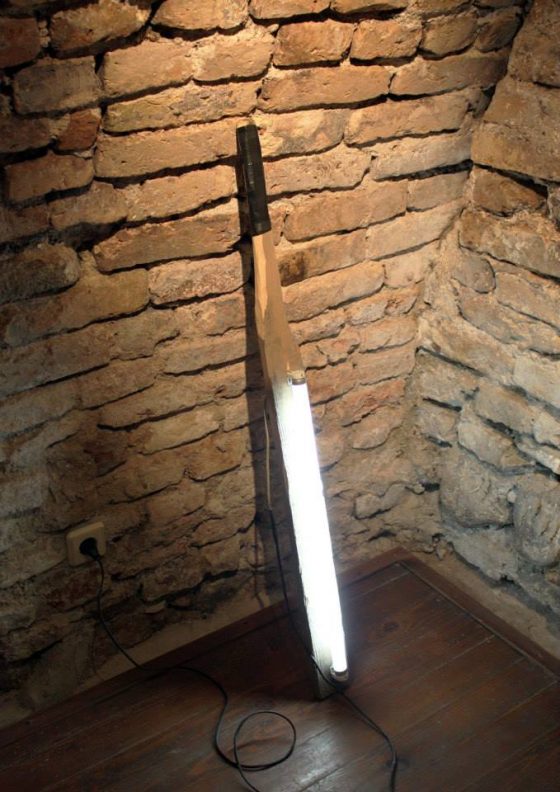 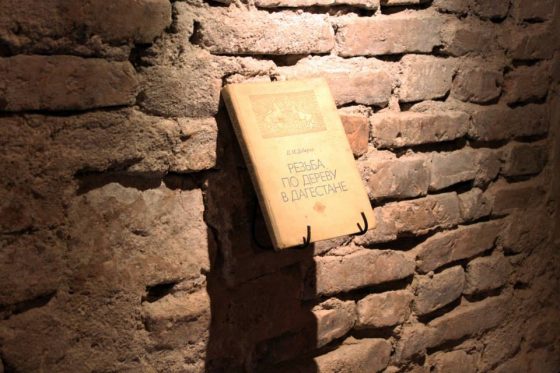 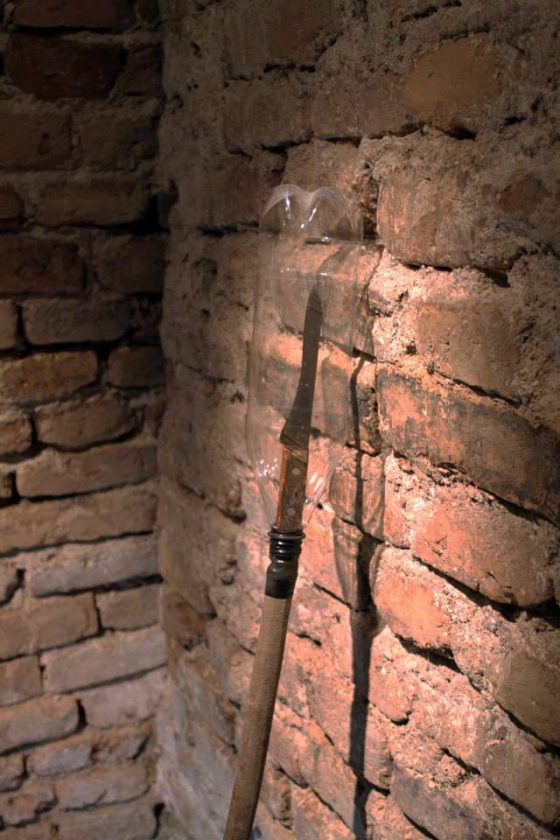 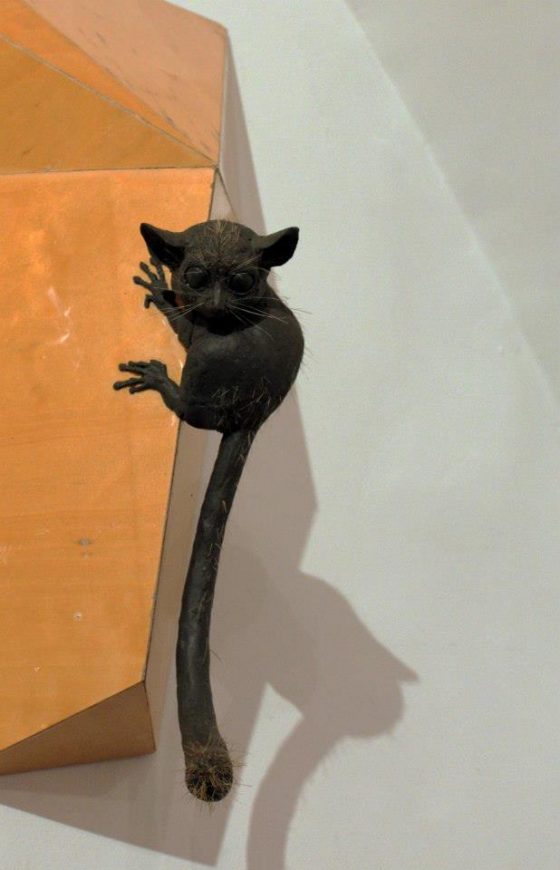 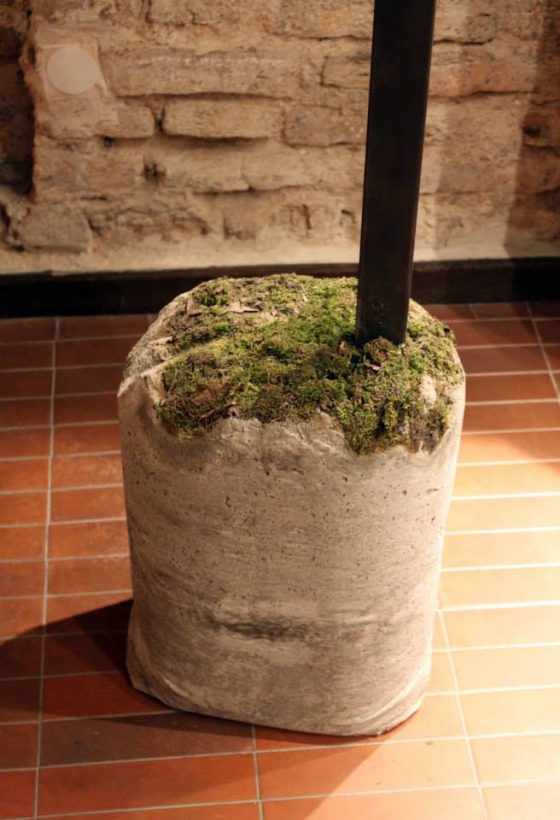 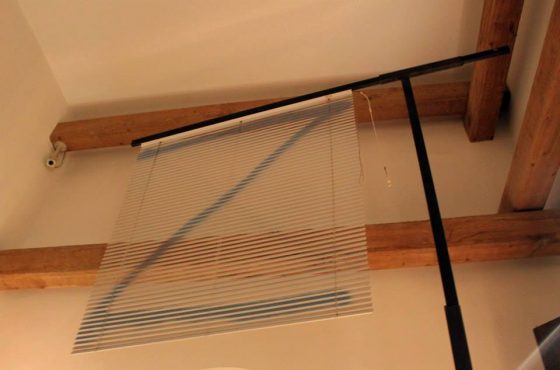 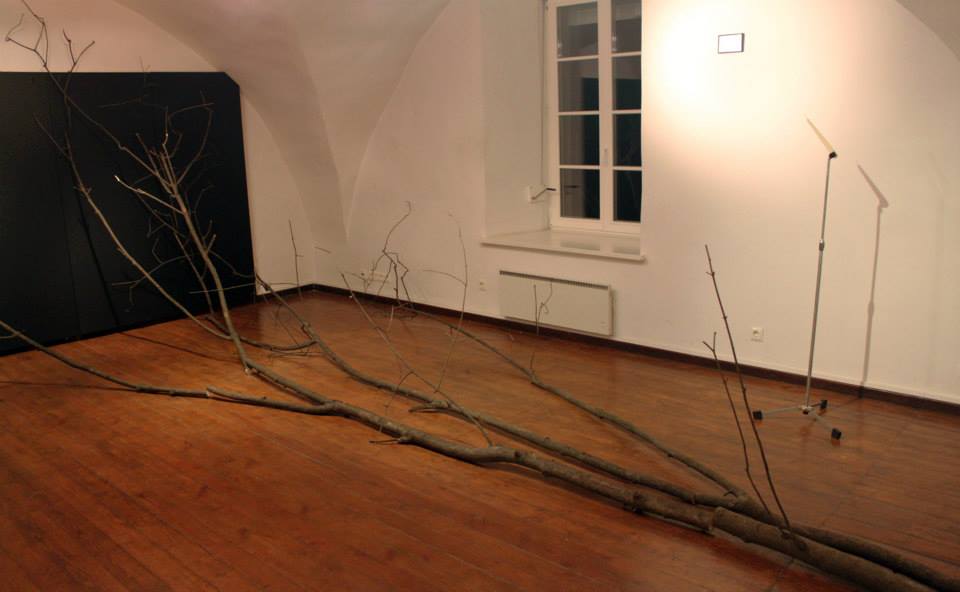 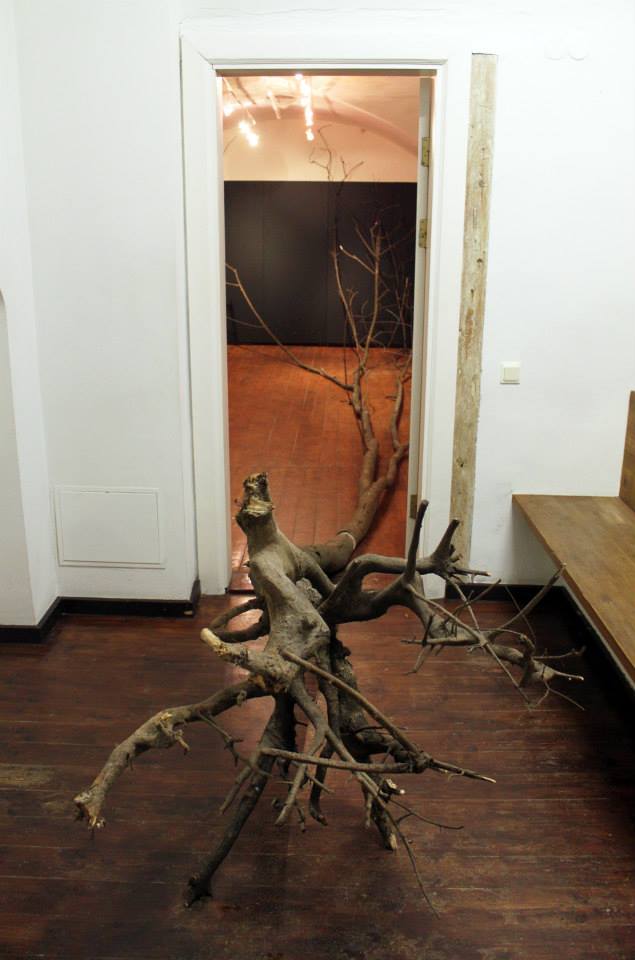 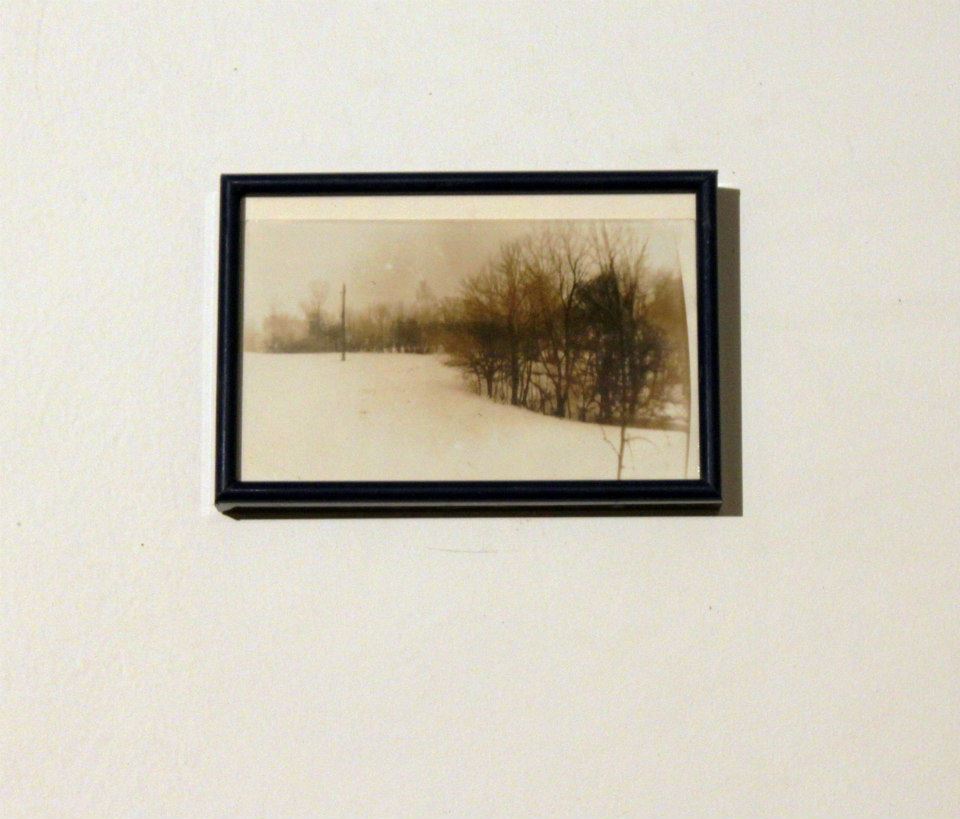 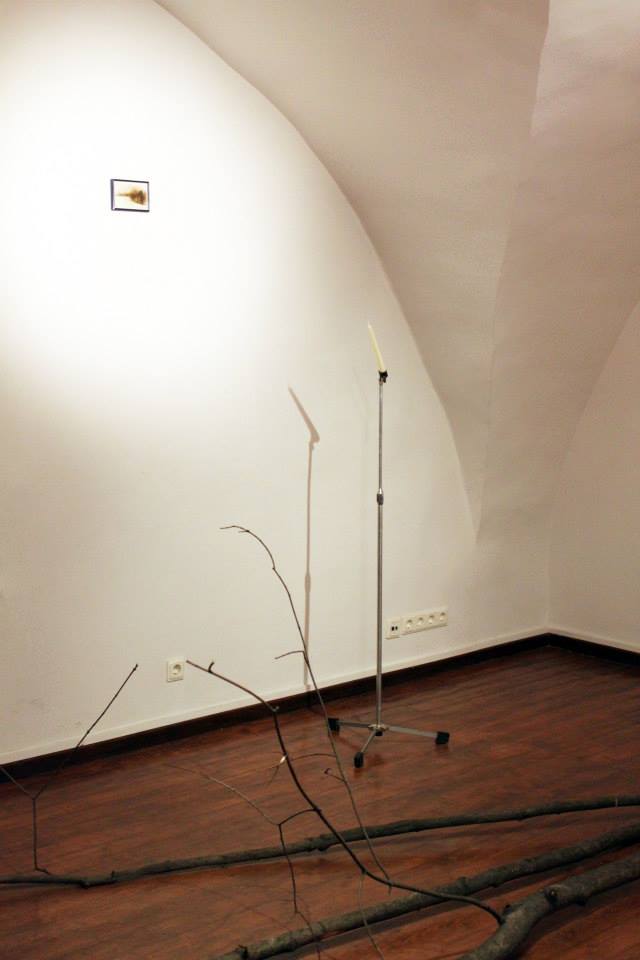 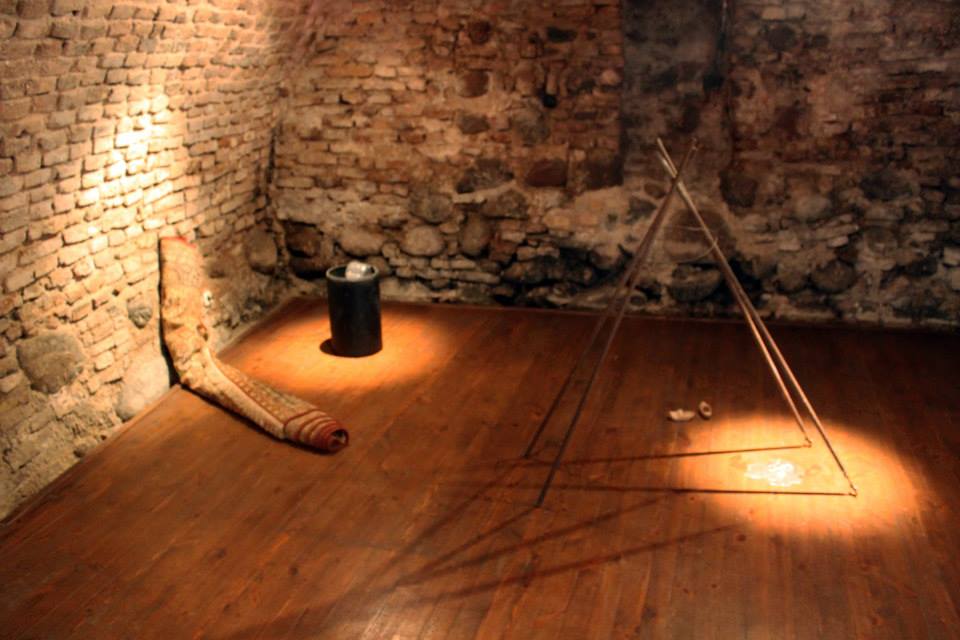 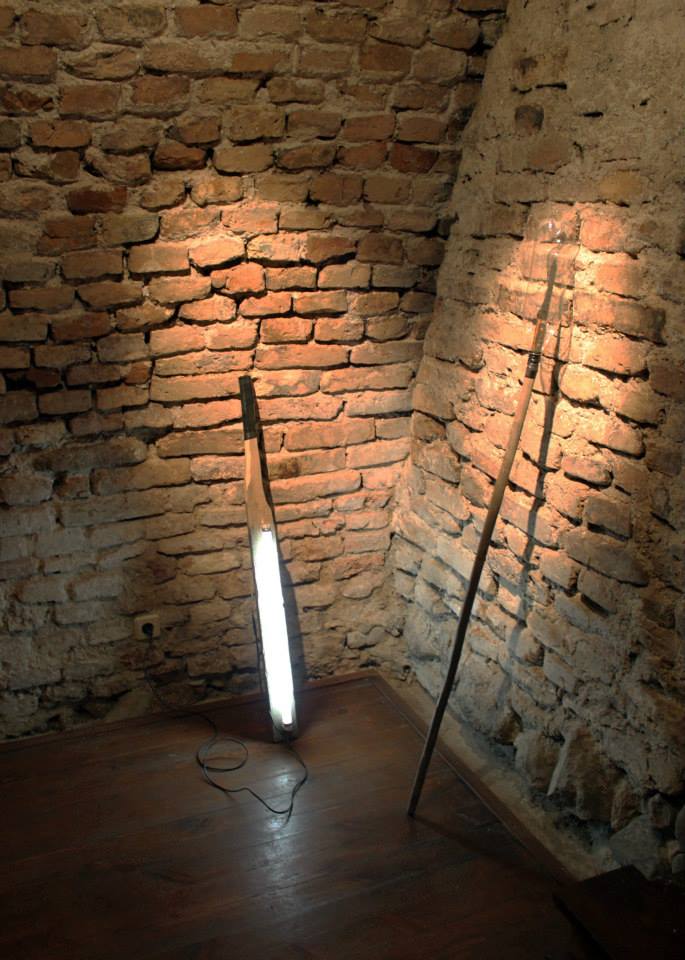 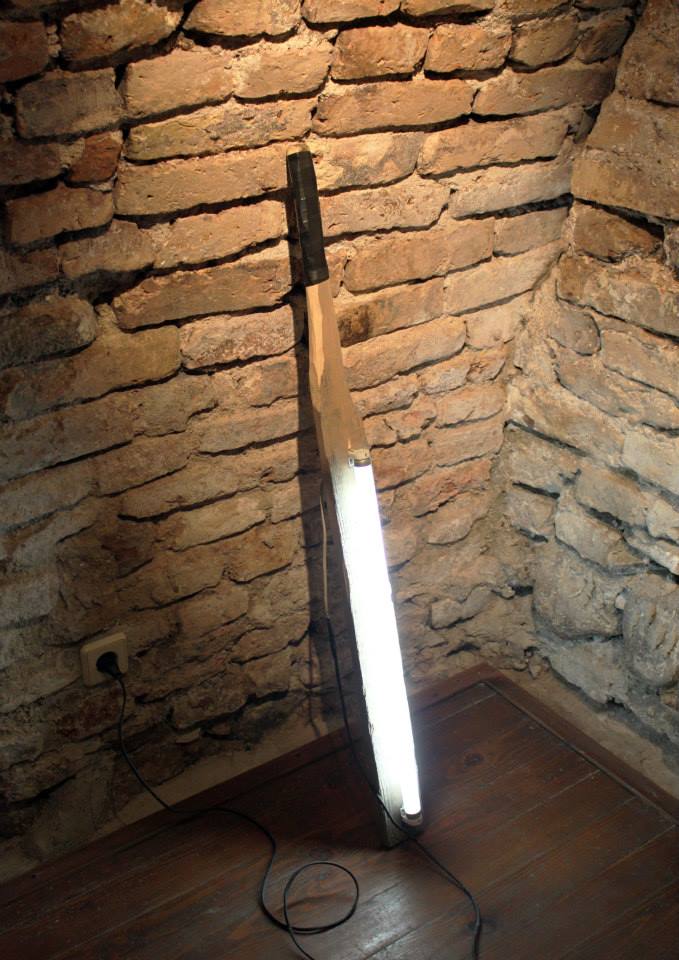 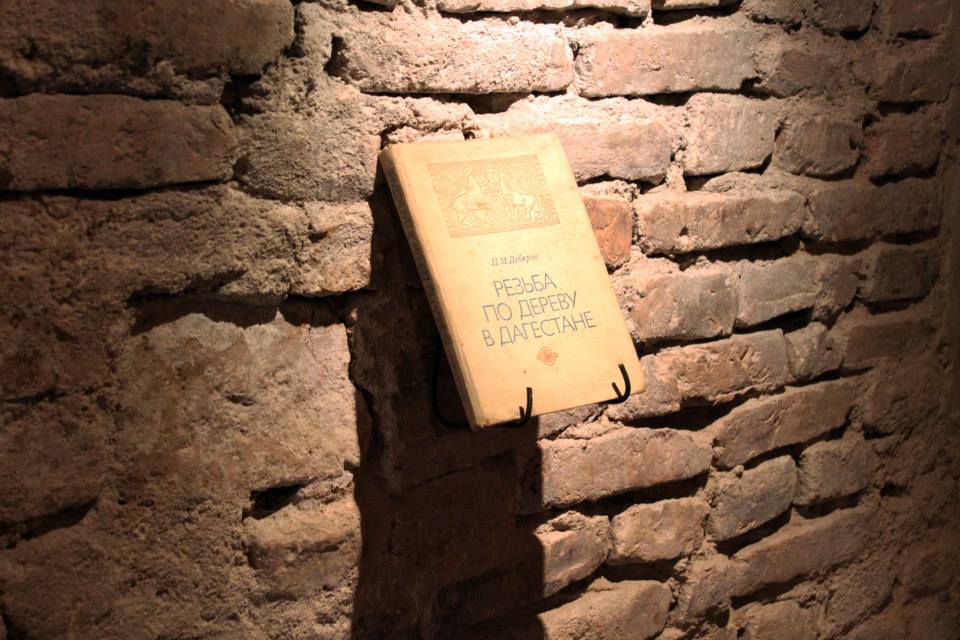 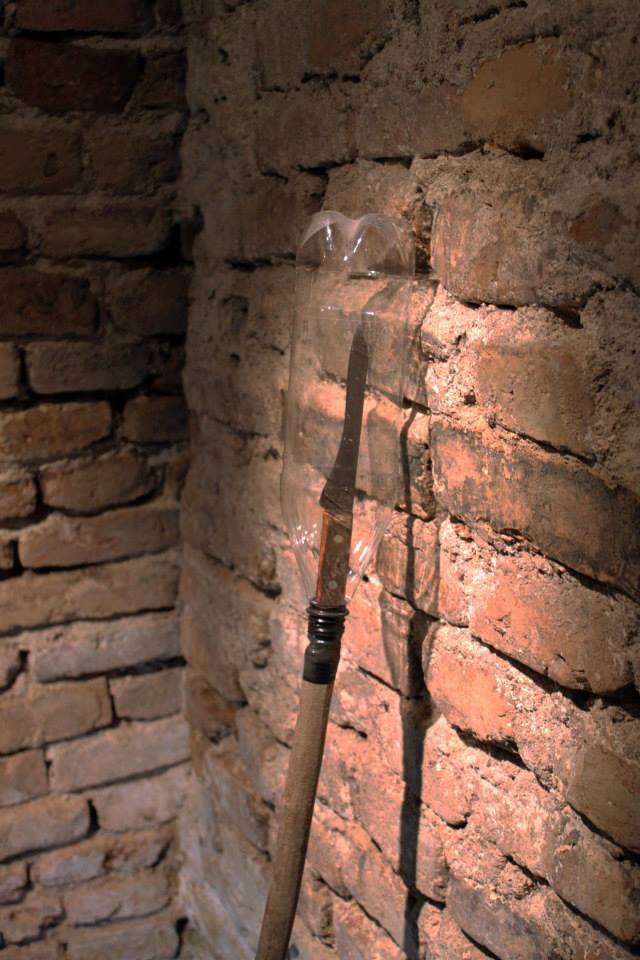 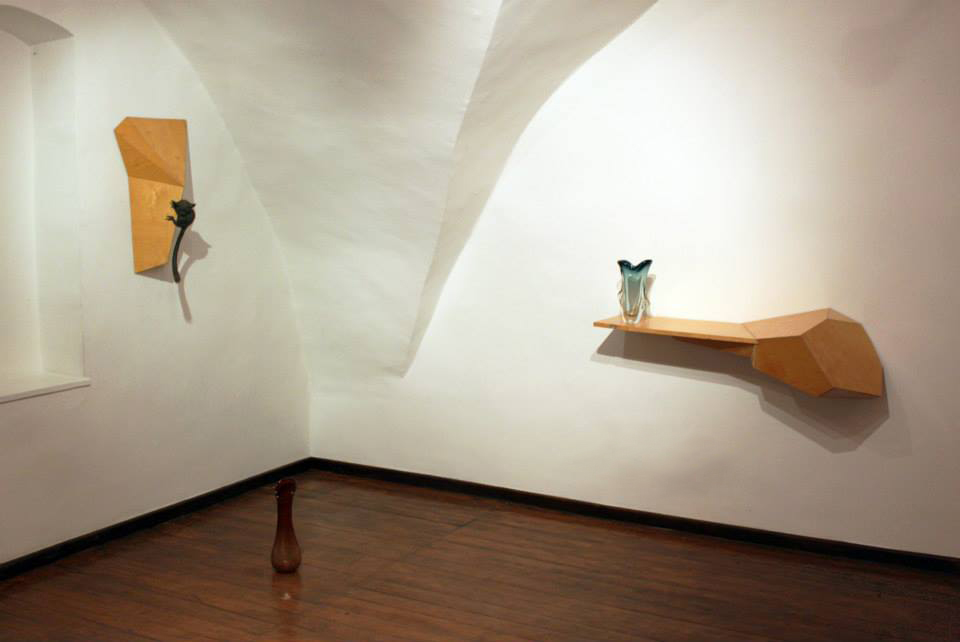 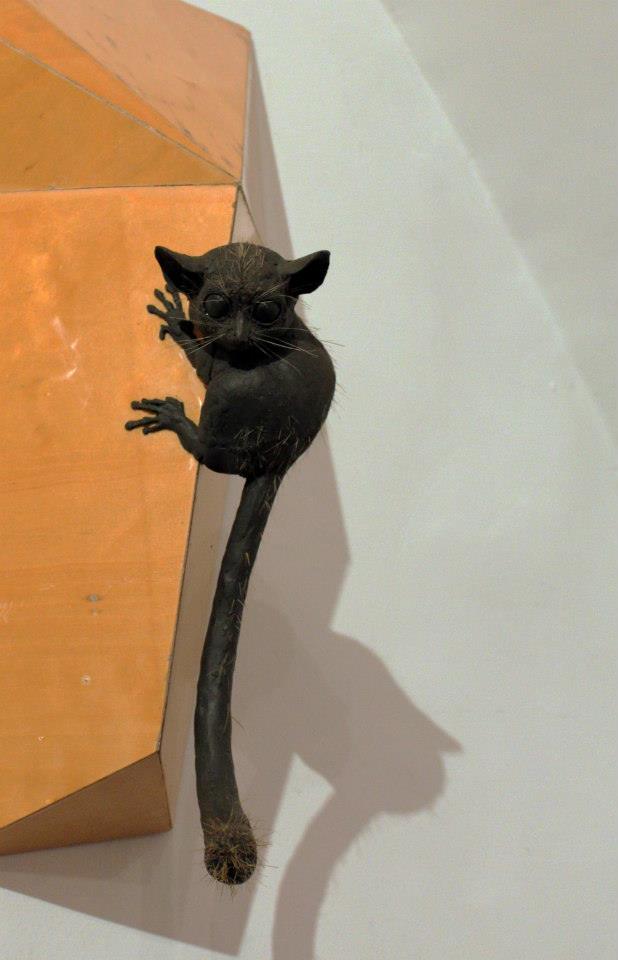 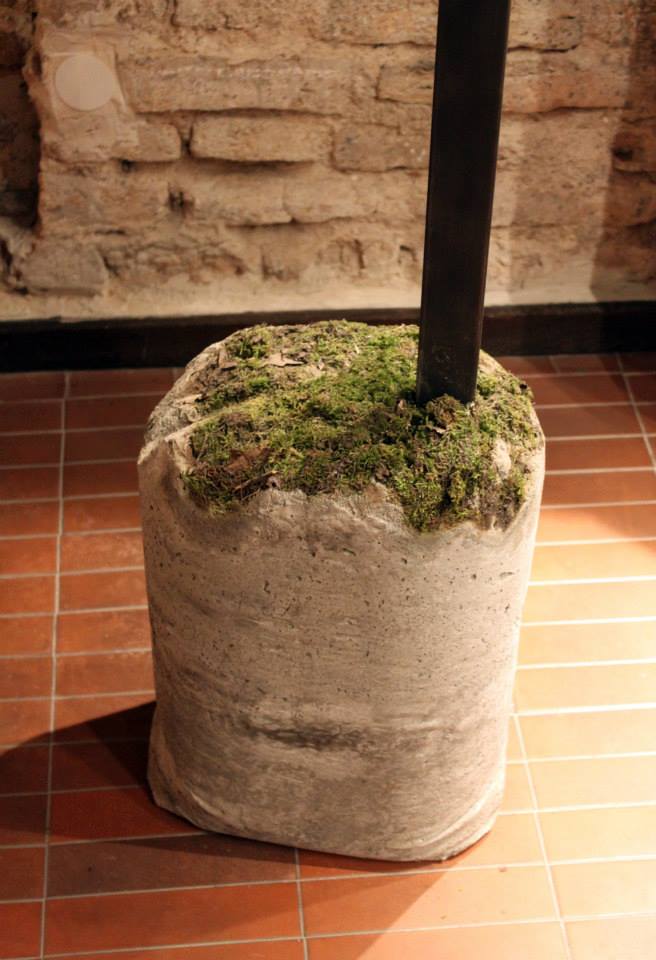 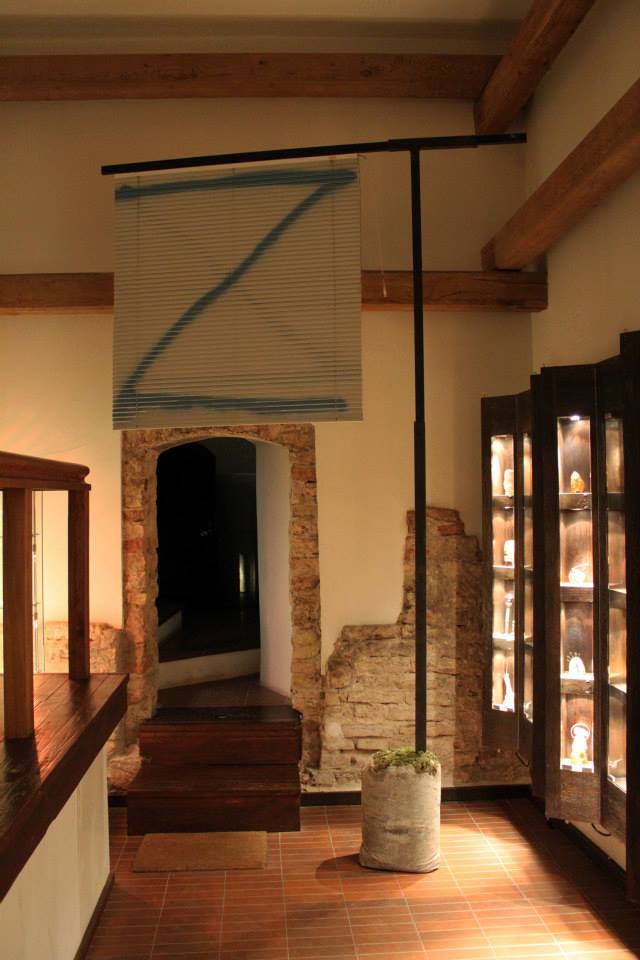 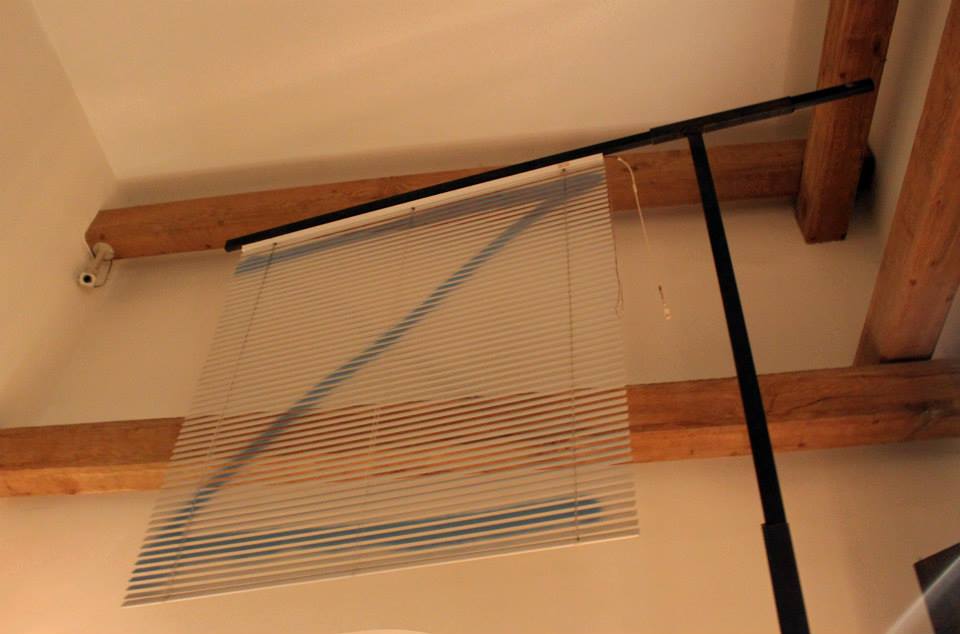